Sebastien Ogier has taken a record ninth win on the Monte Carlo Rally, leading from start to finish in the opening round of the 2023 FIA World Rally Championship.

Ogier is only running selected WRC rounds for Toyota Gazoo Racing this year as he continues to explore sports car racing opportunities, but kicked off his part-time campaign with a stellar performance in the French Alps, mastering twisty asphalt roads to head home GR Yaris Rally1 teammate Kalle Rovanpera by 18.8s in a dominant 1-2 result for the Japanese squad.

The 39-year-old Frenchman led from start to finish after charging to a lead of more than 30 seconds during Friday’s first full day of action in the mountains above Monaco.

Reigning WRC champ Rovanpera reduced that deficit to just 16.0s heading into Sunday’s final leg, but Ogier, who was denied glory by a late puncture 12 months ago, kept his cool to maintain the buffer throughout the final four speed tests.

“It’s huge,” Ogier beamed. “I love this rally. It’s the one which gave me the dream right at the beginning and I am so happy for Vincent. For me it’s nice, but for him it’s a dream to take his first win.

“We still need to enjoy these moments and that’s why we are still here (in the WRC), to catch some victories like this. To win a famous one like Monte has no price.”

Rovanpera finished on a high by winning the rally-ending Wolf Power Stage to add five bonus points to his tally. As the highest-placed full-time driver, the 22-year-old Finn’s title defense is off to a solid start.

“It was a good one,” he agreed. “I think we can be quite happy with second place.”

Heavy tire wear prevented Hyundai i20 N Rally1 driver Thierry Neuville from making any gains on Rovanpera. After 18 stages, the Belgian was forced to settle for third overall, 27.8s ahead of Elfyn Evans’s GR Yaris.

For Evans, there were thoughts of what could have been. Were it not for a rear puncture which cost the Welshman more than 40 seconds on Friday, a 1-2-3 finish for Toyota could well have been on the cards.

Ott Tanak went easy on his soft compound tires in preparation for an all-out attack on the bonus points-paying Wolf Power Stage, but he missed out on the benchmark time by only a half second. Ending his M-Sport Ford Puma Rally1 debut with a top-five result, the 2019 WRC champ felt like he’d made positive steps.

“It’s a long season ahead, but this is a positive start,” said the Estonian, who moved to M-Sport from Hyundai during the off-season. “At least we have scored some points already — unlike the previous three years!” 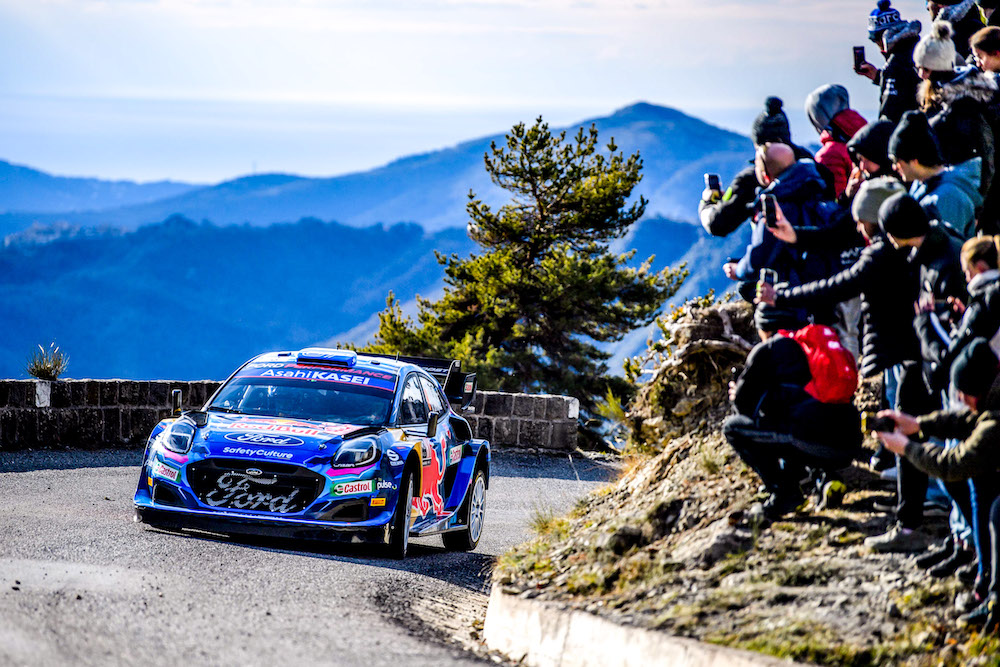 Tanak focused on the positives of a top-five result in his return to Ford. M-Sport photo

Takamoto Katsuta was lucky to finish the event after limping through the finale with damaged rear suspension. At the finish, the Toyota rising star held onto sixth overall by 14.9s from Dani Sordo. The Spaniard’s Hyundai was plagued by a hybrid unit fault all day, but he still finished ahead of a subdued Esapekka Lappi, who took eighth overall on his Hyundai debut.

In WRC2, the second tier of international rallying, Nikolay Gryazin held his own against a fast-finishing Yohan Rossel to clinch the class victory.

Having at one point led by more than 45 seconds on Saturday, Toksport WRT’s Gryazin headed into Sunday’s four-stage finale just 15.2s clear after leaking time with a front puncture on Saturday evening. Pressure proceeded to mount on the Skoda Fabia RS driver as second-placed Rossel, driving a Citroen C3 Rally2, continued to eat into his lead.

It was a nervy run for Gryazin on the Wolf Power Stage as he desperately tried to hold onto what was now only a 10.1s buffer. With his tires having seen better days, it was close — but the Skoda man prevailed, edging Rossel by a scant 4.5s in the end.

“The front tires were completely dead and I understeered a lot, but I just tried to keep it on the line,” said a clearly relieved Gryazin at the end of the Wolf Power Stage.

For his part, WRC2 runner-up Rossel will be left to rue what might have been after a stall on the startline of Thursday’s opening stage cost the Frenchman at least five seconds… 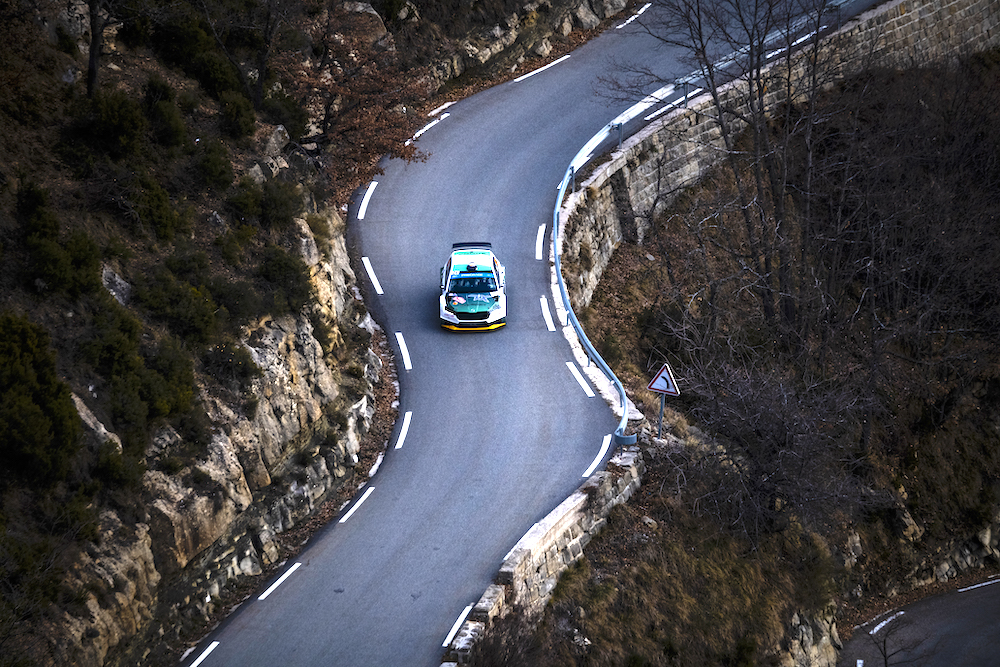 It was a nerve-wracking final day for Gryazin but he persevered to secure WRC2 honors. Jaanus Ree / Red Bull Content Pool

The WRC switches to Scandinavia next month for the only pure winter round of the season. Rally Sweden takes place in Umea, close to the Arctic Circle, on Feb. 9-12.

Check out WRC.com, the official home of the FIA World Rally Championship. And for the ultimate WRC experience, sign up for a WRC+ All Live subscription to watch all stages of every rally live and on demand, whenever and wherever.

Every F1 race of 2022 ranked by RaceFans readers · RaceFans