How buying a Miata became a gateway to autocross addiciton | Articles

Bill Schenker is happy to admit that he’s not perfect. In fact, that’s the whole reason he built his very trick Miata.

A former Olympic Alpine ski racer, Bill is very competitive by nature. He couldn’t stand the thought of his own weaknesses causing him to lose an autocross event. With those shortcomings in mind, he set out to build a car that would allow him to taste victory even with mediocre driving skills.

Of course, he realizes that the driver remains the most important factor. “I haven’t gotten there yet, but I’m getting closer!”

Bill wasn’t always so close to his goal, though. In fact, when he purchased his Miata in April 1999, competition was the furthest thing from his mind. He was simply excited to be buying his first new car, and he checked off every option box possible.

Not only did he choose one of the refreshed-for-1999 Miatas, but it was a limited-production 10th Anniversary Edition model complete with a hardtop, power windows, power doors, air conditioning and leather. At the time, he didn’t know or care that these weren’t the best choices for racing. He was just happy to have a sports car of his own.

“I always had Volvo wagons so I could carry 10 pairs of skis, boots and gear,” he explains. “After the Nagano Games, I retired from ski racing and I didn’t need the wagon anymore.” The seed for something sporty was innocently planted, he explains: “I was home and saw an old Porsche 356 for sale at a mall in Van Nuys, which put the idea in my head to buy a sports car.”

Then fate intervened. “Three weeks later, as if on cue, I totaled my Volvo wagon in an accident,” he says. “I wanted a Porsche, but after looking at the cost of keeping one up I started looking at other cars. The new Miata just came out, and it looked good. I had no idea people raced them. I read on the web how reliable Miatas were. I wanted a sports car, but a durable sports car.”

Bill couldn’t help noticing David’s race-prepared Miata, which was still driven on the street at the time. Bill was determined to try autocross, and David assured him that a skiing background would be perfect for the sport.

“I looked up autocross online and read about it, and right away I knew it was something that I wanted to do,” Bill explains. “I bought my helmet before my first race, I was that excited.”

Bill arrived at his debut event—which happened to be an SCCA divisional-level meet—with his new helmet and stock tires. And he was beaten—badly. He hated that he couldn’t touch the times of the average drivers in his class, let alone the fast guys. Despite this fact—or perhaps because of it—Bill was hooked. He wasn’t going to throw in the towel.

“Southern California is the hotbed of C Street Prepared autocross action, and I was racing against guys like George Doganis, Tom Ellam, Palmquist, Guy Ankeny and Bob Endicott, all present and future CSP champions,” Bill explains. “I was more than 10 seconds out that first day. I hated getting my ass kicked, but I understood why. I was not going to give up, I just didn’t like it.”

Bill’s ski racing experience did turn out to be useful in autocross, however, as the two sports have some big similarities: There’s a critical line to follow, no pre-runs are allowed, and participants only have a limited amount of time to memorize a course.

Lay on the Upgrades

The Miata didn’t stay stock for long. One of the first modifications Bill made was installing a roll bar; his father, a medical doctor, drilled safety into Bill’s head from an early age. Next up, he added a set of lowering springs. Bill says he simply wanted to make the car look good.

“Well that put me into CSP right there, and I had to modify the car to compete,” he says. “After that I pretty much had to change everything else.” Those first, tentative modifications led him down the path that resulted in the car’s radical redo.

While always keeping an eye on the scale, Bill has done everything he can think of to reduce weight. He has also built the engine, along with the rest of the car, to the limit of the rule book. He credits many of the modifications to fellow competitors and helpful friends. 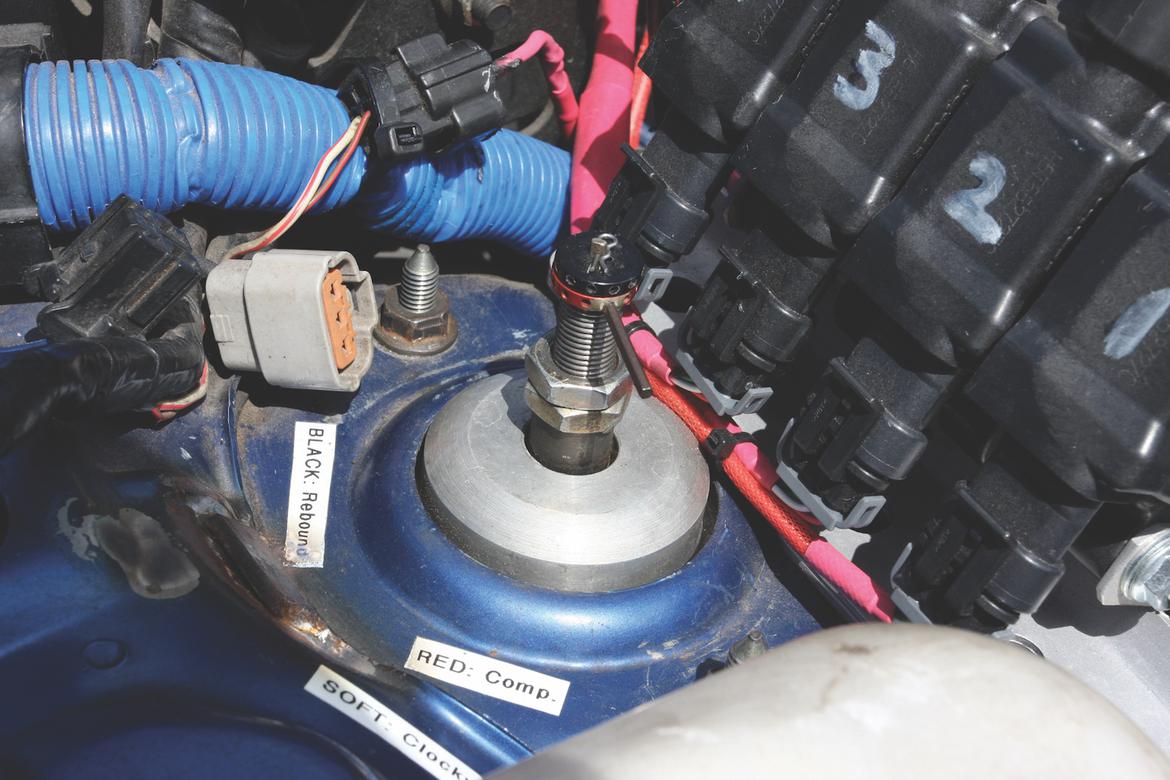 “I always tried to be ‘coachable’ when I was a ski racer, and I try to keep myself open to others’ ideas and certainly their help—and it worked,” he explains. “I simply couldn’t have built this car without the help of my friends, sponsors and a patient wife.”

The full list of modifications is extensive, and some of the most notable changes can be found in the interior. The windows and locks have been converted from power to manual—a legal move under the class rules. The dash, which included a passenger-side airbag, has been tossed and replaced with an airbag-free 1990-spec dash. A Kevlar driver’s seat has taken the place of the heavy stocker, while an Elise passenger seat—complete with lightening holes—provides a perch for anyone brave enough to tag along.

Nearly every part of the drivetrain and suspension has been updated, backdated or modified within the rules to increase lateral grip, add power, or reduce weight. The weight-saving program has trimmed the car down to 1965 pounds, roughly 330 pounds less than stock.

Bill’s Miata also makes considerably more power than its factory counterpart. As allowed under the class rules, he’s running a later engine. The 2001-’05 Miata had variable valve timing plus a higher compression ratio, he notes. The variable valve timing alone made a big difference regarding low- and mid-level torque, he adds. 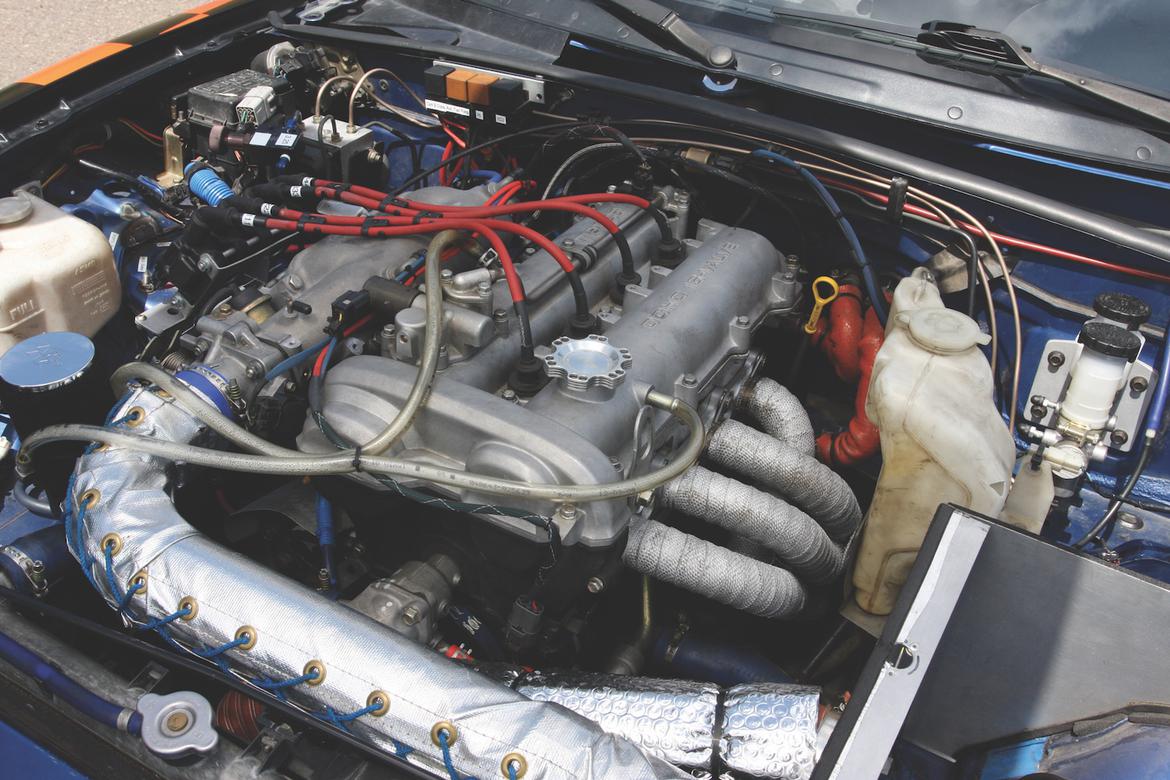 A fabricated tuned-length intake draws cold air from under the bumper and sends it to the 1.8-liter engine, which has been built to the furthest extent of the rules. Photography Credit: Robert Bowen

One of Bill’s secrets—athough he’s happy to share with fellow competitors—is raiding the circle track racing catalogs. His steering wheel, for example, started out as a raw aluminum ultralight piece designed for roundy-round racers. Bill wrapped the hard aluminum with leather to yield an extremely lightweight yet comfortable wheel.

Same with the calipers: Lightweight billet Wilwoods designed for dirt late-models provide just enough braking force to haul down the car from autocross speeds. The rotors feature the same diameter and thickness as early Miata pieces, but they’ve been heavily drilled and mounted on custom aluminum hats. The result is less rotating and unsprung weight.

The braking system was further lightened with a manual master cylinder—one from a Datsun 510, incidentally. The piece also reduces the hydraulic ratio enough to get the car stopped without the aid (and weight) of power brakes. 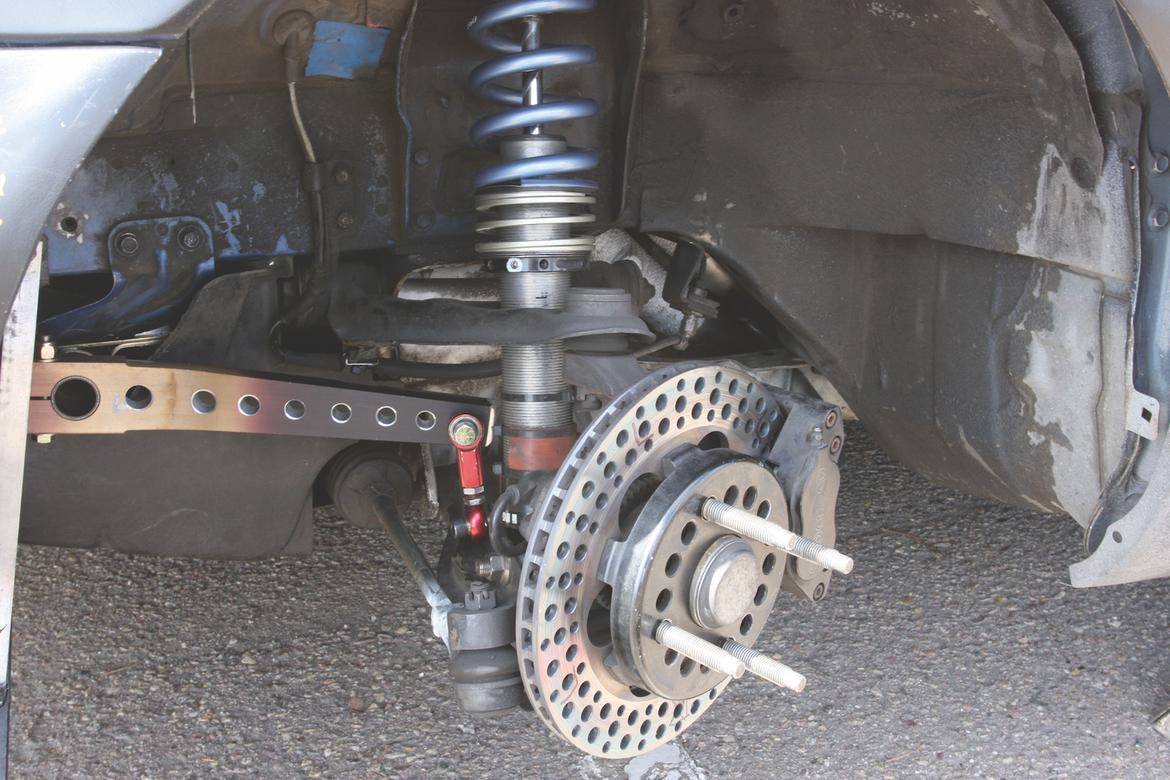 Every gram of weight removed is a potential thousandth of a second saved when racing against the clock, so Bill selected the lightest possible components for his Miata. Photography Credit: Robert Bowen

The Miata Quits Its Day Job

At some point during the development cycle, Bill decided to take his car off the road completely. Eric Clements, who would serve as Bill’s 2005-’06 co-driver, offered the use of his garage and covered trailer. From that point on, the Miata could become as radical as necessary. No need to worry about smog inspections or ride comfort.

The engine has since been built to the letter of Street Prepared rules, and one of the trickest parts found under the hood is the custom intake. It draws air from a hand-built scoop that’s located under the bumper. The intake then sends the air to a cold-air box that houses a filter; finally, a tuned-length intake duct feeds the engine. All of the parts were developed on a dynamometer to produce the best spread of power.

Recently Bill installed a blade-style front anti-roll bar, another part borrowed from the circle track community. As for the future, Bill will continue to tweak the car’s setup to extract even more performance. The goal is always more consistency, more tuneability and less weight. Next up is a custom-machined set of top hats for the rear suspension; these pieces will lower the chassis an additional inch or so while removing some of the rake and changing the rear roll center.

The competition in his class has be unrelenting, but Bill credits that same rivalry with his Miata’s high state of development. It has also helped sharpen his driving skills. 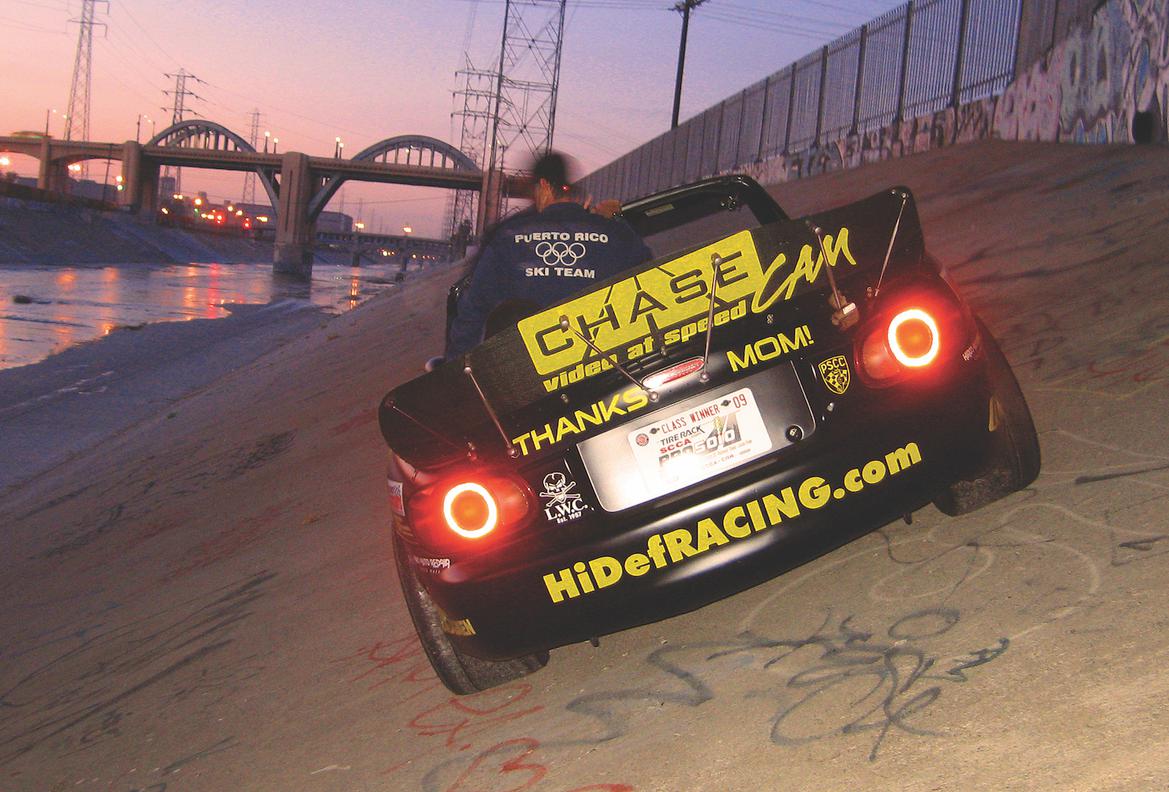 “Fortunately if you win in CSP in California, you can succeed in CSP anywhere in the nation,” he explains. “In some other regions you can throw on some 13-inch wheels and win CSP, but not here.”

And succeed he has: Bill took second at the Tire Rack SCCA Solo National Championships in 2007 and 2009. His co-driver in 2007, Reijo Silvennoinen, won the national title. Bill has also driven the car to more than 10 National Tour and ProSolo wins.

Bill hopes to take the national championship this year or next, but not without some hesitation: To appease his long-suffering wife, he has agreed to sell the car if he takes the national title.

Which F1 tracks would feature on your 2023 calendar? · RaceFans

Which F1 tracks would feature on your 2023 calendar? · RaceFans

Famous F1 drivers known for their thrill for gambling

Betting odds for the Sao Paulo Grand Prix – Who looks set to star in the final Sprint of the season?