How to manage tire temperatures for improved on-track performance | Articles

As everyone’s favorite fictional blonde trespasser can attest, ideal temperature is a key to satisfaction. And while having tires that are too hot or too cold won’t necessarily lead to a bear mauling, ensuring that your rubber is in the “just right” range is crucial to both performance and longevity.

But first, why does tire temperature matter? Once we answer that question, we can get to the practical part of the discussion: how to maximize tire performance with temperature.

First, let’s dispense with the notion that tires work better when they’re “hot” or “cold.” The real answer is that every tire has an optimal temperature, one where it’s at its grippiest on a given surface.

Speaking in very general terms, the reason tires get grippier when hot is because heat excites the molecules of the polymer that makes up their “rubber.” This excitement softens the rubber, making it more pliable and thus better able to squirm into the tiny imperfections in the track surface, creating more mechanical interface between the rubber and the road. More interface means more friction, which means more grip.

Basically, that’s why concrete surfaces tend to offer better grip than asphalt. Concrete has more texture, meaning more nooks and crannies for the rubber to squirm into.

But you may have to run on older concrete, where the surface has become so textured that the tiny peaks and valleys can no longer offer resistance against the tires moving over them. These peaks subsequently break off, producing dust or gravel. That’s actually somewhat analogous to what happens when a tire gets too hot: The polymer chain breaks, and instead of remaining pliable, the tire starts to shed tiny (or not so tiny) pieces of overheated rubber.

More generalizations: Most dedicated race rubber or R-compound DOT tires are designed for maximum performance when their carcass is warmer than ambient temperature. Why not design them to produce some amazing grip right off the pit lane? Because the inevitable stress and friction during use would quickly overheat the tires to the point that they’d aggressively break down. Take-home message: Race tires tend to be designed to produce their optimal grip at typical track temperatures.

So-called street tires, on the other hand, tend to produce their best grip at much lower temperatures, and quickly fall off when overheated. This is especially true of the current crop of 200-treadwear tires that are popular in track and autocross classes requiring street tires. But the ideal ranges for even those tires can be highly variable. It’s not unusual to walk through a national-level autocross grid and see some competitors cooling their tires with water while others are using blankets to keep their tires warm. Each tire–and even each chassis setup–can have its own sweet spot.

The takeaway here is to be aware of the characteristics of your tires at different temperatures. Know what’s too hot, what’s too cold, what’s just right, and measure in a consistent way. Skidpad testing and a pyrometer will help determine ideal operating temperatures.

The other big variable with tire temperature is air pressure. A tire is essentially a spring, and more or less air pressure changes the rate of that spring, the shape of the contact patch, and the tire’s interaction with the road surface. Plus, heating the tire heats the air inside it, and hotter air increases in pressure.

How much? Well, David Podolsky from Chicken Hawk Racing showed us a handy chart that he built using data from a test of his active tire warmers: Pressure increased slowly at first as the tire warmed beyond ambient temperatures, but the curve quickly ramped up to reveal a fairly linear relationship between temperature rise and pressure rise. His testing showed a 6 psi gain in pressure with a 75-degree bump in tread temperature alone.

Even at lower duty cycles, a modest increase in temperature–from around 100 to 140 degrees, which would be fairly typical for a hot day of autocrossing–showed a 3 psi gain. That’s about a 10% difference in tire pressure as temps increase, so this variable is highly worth monitoring.

So, we’ve established that in most cases, some heat beyond ambient temperatures is good for tires. How, then, do we build that heat?

The common trick of slaloming the car back and forth during a pace lap or an out lap can contribute some tire temperature. Overall, though, it’s not the best way to build tire heat, as there’s no sustained cornering to produce prolonged friction periods. This technique does, however, prevent the tires from collecting gravel, keep the driver alert, and look super cool.

A better strategy for producing tire heat during pace laps involves prolonged brake applications, or short periods of hard braking. The longitudinal tread that friction imparts puts more heat into the tread surface than lateral friction, and additional radiant heat is produced by the braking system. Just make sure to check your mirrors first.

There’s also the option of preheating your tires, and that’s where Chicken Hawk Racing and its tire heaters come in. Having up-to-temperature rubber on the out lap can be a huge benefit, especially when ambient conditions don’t lend themselves to fast tire heating. 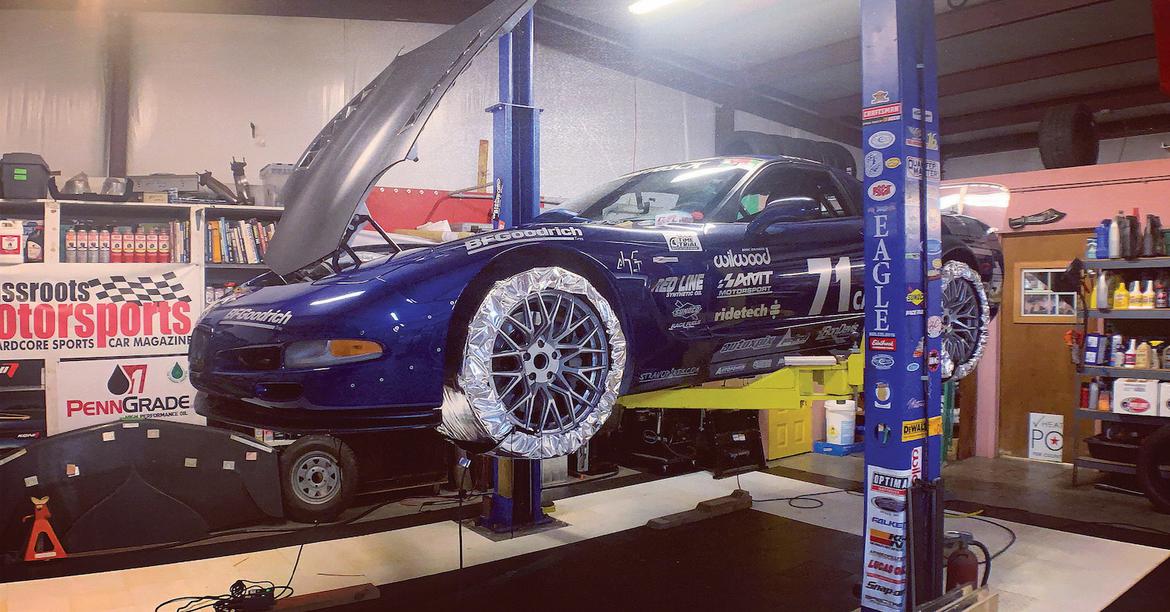 The Chicken Hawk tire warmers start at around $1650 for a set of four and can get a set of tires up to operating temperature in less than 30 minutes. In our testing, we saw durometer reductions of 15 to 20% between ambient and operating temperature, and the ability to precisely monitor tire pressures as the tires heat in your pits is a huge advantage.

The downside to tire warmers is that many competition venues specifically disallow them during racing. Even so, as a testing and development tool, they can increase the efficiency and accuracy of your testing exponentially. They can also preserve tire life by reducing the number of heat cycles your tires endure.

While we’re at it, let’s talk a bit about heat cycling and what it actually does. We mentioned earlier that tires are made of an elastic polymer. Proper heat cycling involves not just heating–which weakens those bonds and makes them less resilient–but bending and stretching of the tread, which helps more consistently align the granular structure of the elastic tread.

When the tire is heated, the weakest molecular bonds are broken and then realigned by the dynamic forces of the tread on the pavement. As the tire cools to ambient temperature, those bonds relink in a stronger, more consistently aligned fashion. Tire warmers, on the other hand, preheat the tire to operating temperature before it’s sent out on track for a massage; then they can be used to slowly cool the tire over 24 or even 48 hours.

Yes, you can precondition tires a bit by simply heating them and cooling them without the additional dynamic exercise. That’s better than nothing, and strengthens some of the weaker molecular bonds, but it’s not as thorough a process as dynamic heat cycling.

All this talk of tire temperatures and no discussion of how to take those measurements? Okay, here it is: Get a pyrometer. As for probe versus infrared, an infrared pyrometer that reads surface temps only will not be as consistent as a contact pyrometer that pierces the surface of the tire slightly. The tread surface will shed heat quicker and more variably than the portion of the tire just under the skin, so readings with a non-contact pyrometer can be less accurate and more variable. 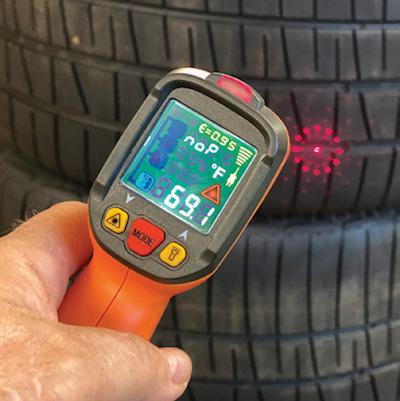 That said, a $30 infrared heat gun–while not as good as a proper insertion pyrometer–is worlds better than not taking tire temps. So don’t talk yourself out of it just because you can’t get the ultimate tool. Whatever you use, just use it consistently so your data can be easily compared from session to session.

HEAD-TO-HEAD: Which drivers came out on top in the battle of the 2022 team mates?