The recipe for the traditional muscle car was simple. Take a plain-Jane, midsized offering and re-engineer it for performance: big engine, big tires and, in many cases, big graphics. That plan of attack gave us a laundry list of tire shredders, most sporting now-iconic badges on their flanks: Oldsmobile 442, Chevelle SS, Plymouth Road Runner and more. Pontiac’s entry into this field was the one that many consider to be the originator of the species: the GTO.

The early ’70s fuel crisis removed most muscle cars from the showroom, but the smaller pony cars continued. After 2002, however, both the Pontiac Firebird and Chevy Camaro were dead, and at the time GM didn’t have a replacement on the horizon.

The Cadillac CTS chassis was one option, but the large car was designed from the outset as a premium chassis with a premium price tag. Building a less expensive CTS or badge-engineering it into something else would take away some of the prestige that it enjoyed. This left GM without options for a performance car that didn’t steer with its driving wheels.

Luckily, the head at the time was Bob Lutz, an old-time car guy with a soft spot for lost causes. He felt that GM needed something to inject a bit of excitement into at least one of its many brands; he chose Pontiac. At the time, it was the only brand with a lineup that was shockingly truck- and SUV-free—and it had the low sales to prove it. For raw material, he looked to the Holden Monaro coupe being produced in Australia since 2001 for local consumption and a few export markets.

While Holden was a GM subsidiary, the capable car was not available in the United States in any form. But it had all the right features in place: small-block V8 power, left-hand-drive capability and a decent, if dated, rear-wheel-drive chassis.

Even in its later dual exhaust form, the rear of the GTO isn’t much to look at. Photograph Courtesy GM

That chassis came to the Monaro by way of the VT Commodore—based on a widened and strengthened Opel Omega platform. The Omega, you may recall, was the same car that gave us the unloved Cadillac Catera. So in an odd twist of fate, the same Euro DNA came to the U.S. as two distinctly different products from different divisions of GM. Ah, the old days of platform sharing.

According to GM media releases, the Holden chassis was adapted for U.S. consumers in only 17 months. Pontiac engineers revised the platform to accommodate American crash and emissions requirements as well as give the car a distinctly Pontiac look.

One of the biggest changes to the Monaro involved moving the gas tank from below the trunk to behind the rear seat. This was done for crash safety, and later Australian-market cars inherited this change as well.

The only fitting name for the new coupe came straight from the Pontiac history book: GTO. While the name was retro, the design was anything but. Unlike the most recent Mustangs, Camaros and Challengers, the Monaro-turned-GTO was a modern design with no vintage-inspired frippery. It was modern to the point of boredom, however—a trait that would later hurt the car’s prospects in the U.S.

While the Monaro was available with a 3.8-liter supercharged V6 as well as a V8, Pontiac selected only the V8 version for the GTO. It was the 5.7-liter Gen III small-block used in the LS1-trim Firebird and Camaro, and the standard engine in the C5 Corvette. With 350 horsepower on tap, the 3700-plus-pound coupe could really hustle—at least in a straight line.

This all-new GTO arrived for the 2004 model year, and early magazine and blog reviews were cautiously positive. They were almost unanimous in praising the interior design, materials, and very non-GM level of fit and finish. A distinct lack of rattles and creaks, a low interior noise level and an overall refinement were on par with the best GM cars ever made. Some journalists even went so far as to compare it to cars like the BMW M3.

The exterior styling was prudently praised for being subdued and free of the extraneous scoops, cladding and chrome so favored by Pontiac at the time.

However, the flip side was that most reviewers felt the big coupe lacked the style and presence expected of a car bearing the name GTO. Other than the large wheels and tiny spoiler, there wasn’t much to hint that this was a V8-packing performance car.

The engine, as anticipated, was a big hit. It made all the right noises, and when drivers prodded the right pedal the car moved out with authority. Straight-line acceleration was everything you’d expect from a car named after a ’60s muscle machine. On the road, reviewers liked the handling and ride balance, although there were some minor complaints about the harsh bumpstops. The big tires and wheels gave it decent grip, and a well-calibrated traction control kept lead-footed drivers out of trouble. 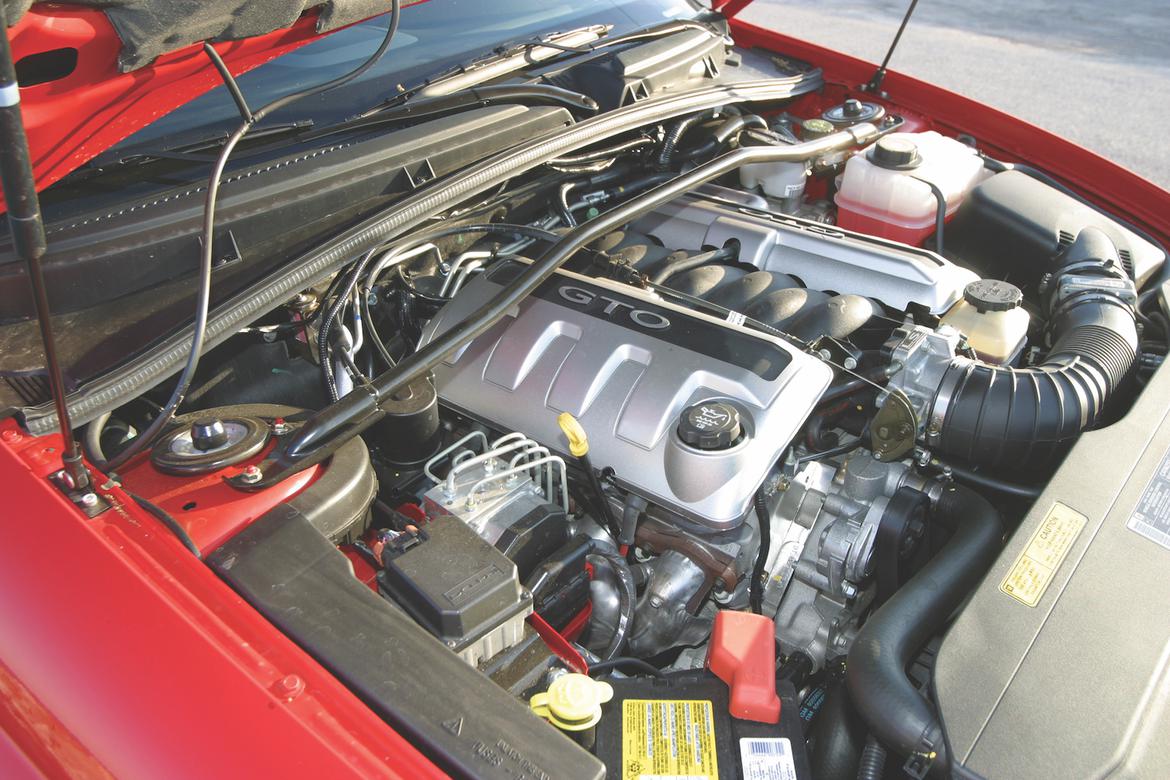 Reviewers were not nearly as kind to the optional T56 six-speed manual transmission and its much-disliked skip-shift feature, which was intended to help fuel economy. It was a tough transmission to shift even at the best of times, and the GTO’s version was not the best of models. A soft clutch, soggy brake pedal and lackluster stopping distance took some of the edge off the GTO’s performance capabilities as well. No dead pedal was another minus.

Speak Softly and Carry a GTO

Unfortunately, buyers did not warm to the new GTO when it finally made it into Pontiac showrooms. Pontiac planned on selling at least 18,000 units per year, but the first cars sat on dealer lots for months. Discounts were needed to move old stock before the 2005 GTOs were slated to arrive.

The slow sales were all the more disappointing considering how well the car was received by reviewers and how its performance stacked up against competitors. Here was a car with 350 horsepower that could do the quarter-mile in around 13 seconds, pull over 0.88g on the skidpad, and still cost less than $32,000.

GM rightly guessed that the problem lay with the car’s lack of style and consequently put in some early changes to goose sales. Instead of waiting for the 2005 model year, a new hood sporting twin scoops—a nod to the original 1964 Pontiac GTO—was rushed into production late in the 2004 model year. The freshened hood was supplied to dealers as part of a Sport Appearance Package and also included a different rear spoiler and inset grilles. The improved styling helped move the remaining ’04s off dealer floors—eventually. 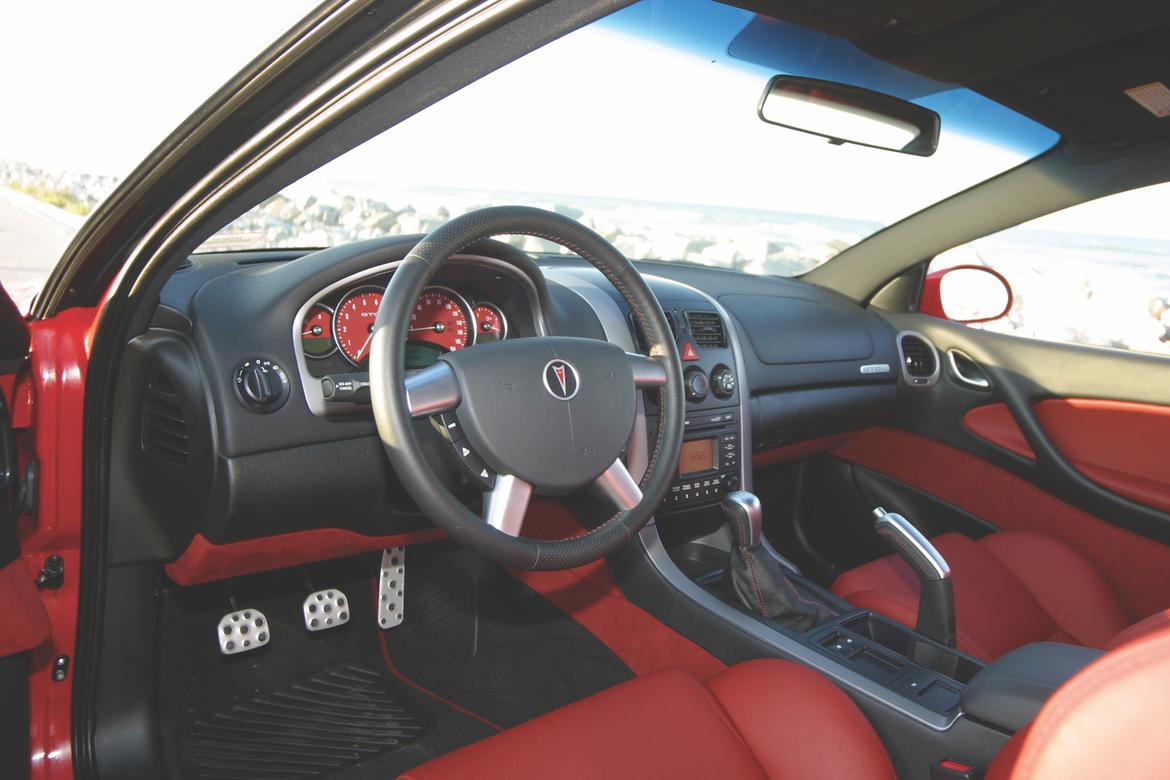 The biggest change—and only substantial one—to the GTO was the replacement of the Gen III LS1 small block with the Corvette’s Gen IV LS2 engine. The new engine displaced nearly 6 liters and pumped out 400 horsepower and 400 lb.-ft. of torque. Along with the upgraded hood, this new setup seemed to be how the GTO should have been made from the beginning.

GTO sales stabilized as the production run went on. One more model year, 2006, was the final one for the GTO because the Holden Monaro was at the end of a long production run. And like the GTO, the Pontiac nameplate would be similarly retired soon after. At least we have the memories—as well as a fantastic performer for today’s enthusiast. 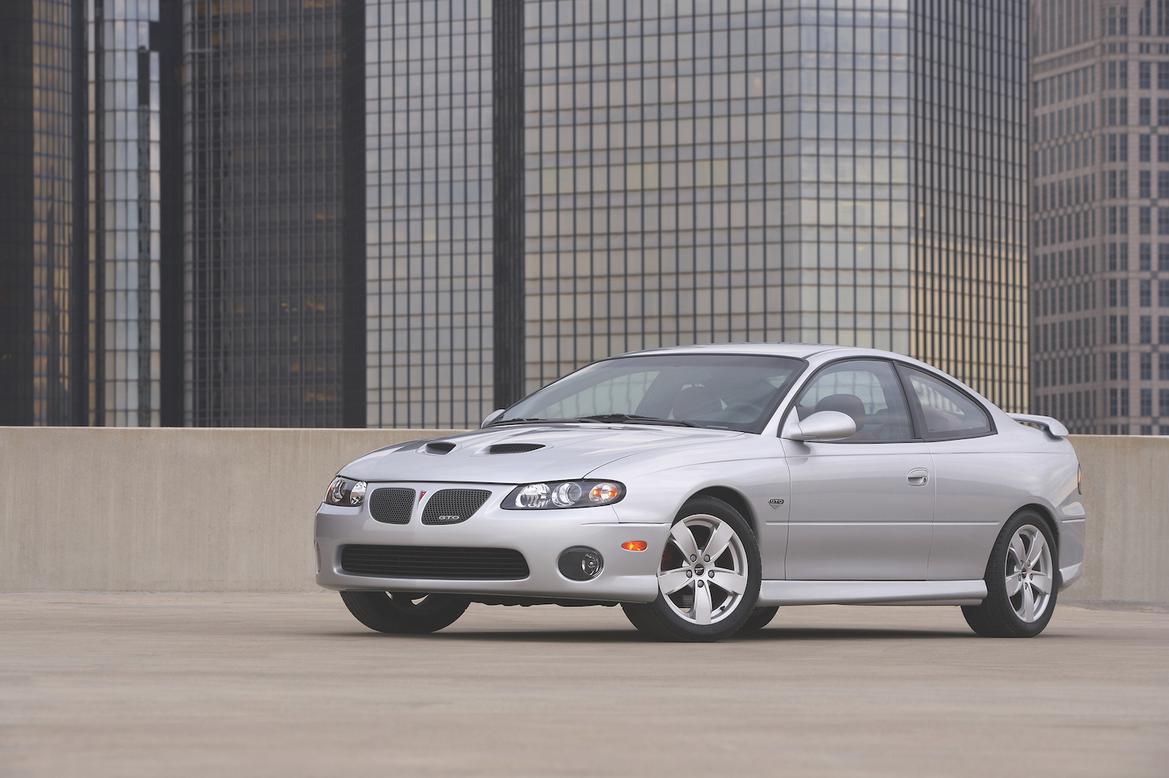 OPINION: Andretti might be his own biggest F1 roadblock

Why Formula 1 drivers need insurance just like regular ones