The Mazda MX-5 Miata ND (2016–present) is one of the most popular cars in autocross competition, especially SCCA C Street (we’ll cover STR in a future story), and with good reason. It’s nimble, responsive and, most importantly, quick, straight off the lot.

However , you can always make something better. We asked Brian Goodwin, of Good-Win Racing, for his recommendations for the Mazda MX-5 Miata ND.

One trim stands head and shoulders above the rest for the MX-5, and that’s the Club trim.

“The Club trim gets the pretty critical upgrades of the limited slip differential and additional rear spring rate–100 lb/in vs just 80 lb/in,” Brian says. “We desperately want that extra rear spring rate since we cannot upgrade springs in CS, and we can do just one sway bar upgrade.”

The Club level adds a few other perks.

“Some prefer the support of the optional Recaro seats, but they add a few pounds over the standard seats,” says Brian. “Some go for the better feel of the Brembo calipers, but that too adds weight.”

If you’re weight-conscious, Brian advises to go with the Club package, with standard brakes and seats, in the color white. Yes, color matters.

“White is less weight than the multi-stage paint choices,” Brian says. “The team building MX-5 Cup cars told us that multi-stage red is 15 pounds more than white. We still went with red, because we love the color. We vowed to drink less beer to make up the difference. That still has not happened, yet.”

Which Years to Buy and Why 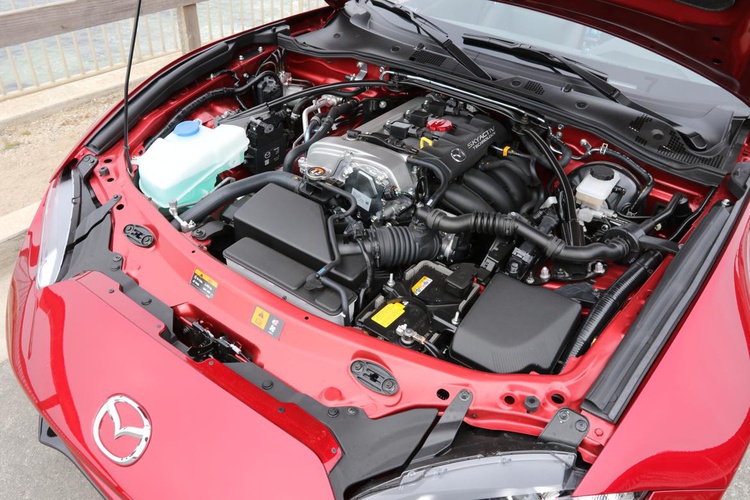 “My preference would be to get a ND2, the second generation of the car,” says Brian. “It looks the same as the other generation, but it’s different on the inside.”

Those differences start with the engine. Mazda upped the power, from 155 horsepower to 181 horsepower.

“The motor revs a little higher, and the power’s more up at the top end,” Brian says. “It’s not significantly faster, but it’s certainly more joyful to drive.”

“It’s essentially a shock-absorber between the engine and transmission,” says Brian of the flywheel. “The gears don’t shatter as much as we were doing on the ND1.”

To start, Brian recommends upgrading to wider, 200tw tires and wheels that support that rubber.

“We stuff a 225/45R17 200tw tire in there,” Brian says. “It’s a stuff job, because the factory wheel is only 17×7, and for C Street you have to run factory wheel width. You can change the offset, so most of our customers are running the 40mm-offset Advanti Racing Storm 17×7 that’s only 14 pounds. It’ll rub the plastic fender liner at full steering lock, but we’ll only use that when we’re trying to make a K-turn in the post office parking lot. We will relax the caster setting to 6, where from the factory it’s often 8, to reduce that rub.”

The market offers a bunch of different choices for shocks. Brian prefers one over the others for most autocross enthusiasts.

Back when the Mazda MX-5 debuted, Brian told us the car’s body lean is “extreme.” That hasn’t changed–nor has the solution. The front anti-roll bar remedies this issue, but now Good-Win Racing offers two setups.

“Since we’re on a budget, we use the Progress Technologies front sway bar, which was good enough for us to win a local Solo tour event,” Brian says. “A better bar has come out, the Karcepts bar. It’s a lot more expensive, a lot more technical bar. It doesn’t have a big squishy, bushing, so the response is more linear and instant. And, it has end links that allow you to change settings quickly between runs, with a single wrench. The only downside to the Karcepts bar is that since they have solid end links, they’ll eventually chatter a little bit, which some might not find desirable on the road.”

In addition to adjusting the shocks, Brian tweaks the bump stops.

“Per the rules, you can’t go longer, but you can go shorter or trim the bump stops,” says Brian. “Most guys trim an inch off the front stops, so we’re not into that stop as quickly on the course. In the back, we’ll run really stiff stops, with lengths of the stock stop.”

This type of setup particularly helps one type of section in autocross.

“When you get into a long, five-cone slalom, the car will sort of jack down,” Brian says. “We got the Konis in the back at full stiff, and they’re only rebound-adjustable. So, the car will jack itself down and sit on that hard stop. At that point, the balance with the front sway bar will permit the car to change directions pretty quick through a slalom.” 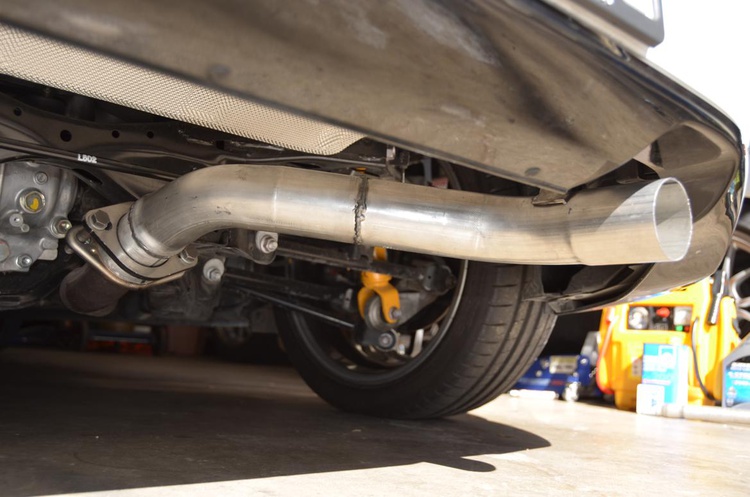 Brian adds that swapping out the stock muffler with their Roadster Sport Race model saves nearly 9 pounds over stock. Our Andy Hollis tested the SuperStreet version of the muffler, which weighs 2 more pounds than the other, on the Triple Threat Miata project car.

“The test said it gained 8 horsepower at the top end, and in autocross, you spend a lot of time in the top end of second gear, so that helps,” says Brian. “He dyno-ed the ND1 motor, so I’d expect the ND2 motor to have more gains.”

Overall, the Mazda MX-5 Miata ND doesn’t require many upgrades–and that includes not needing an oil cooler for naturally aspirated ND2 models, according to Brian. It also provides a perfect platform for not only autocross, but other endeavors.

“I have a lot of customers who run their autocross C Street package as their track day package,” Brian says. “That’s because it’s really benign on the track when it’s set up for autocross–it’s not going to suddenly bite you. So, that’s fun for both uses.”

How to repack a sealed muffler | Articles