The 2022 Formula 1 World Championship didn’t feature the engrossing title fight of 2021, but it had many intriguing aspects that deserve recognition across all 10 teams. For those of you who saw my mid-season review, you might be familiar with my attempts to find something good (and bad) in every team, and as we prepare to say goodbye to this year I thought it was about time to look back on the season as a whole.

The good: The car, the team execution, the drivers… It has to be acknowledged that Red Bull put together its best season in Formula 1, and that’s saying something given some of the performances from 2010-13. 17 victories is remarkable, especially given how close Ferrari was on pace for much of the year, and Max Verstappen took full advantage of what he had at his disposal. That wasn’t just a quick car, but a team that almost always made the right strategic calls and was regularly one of the best in the pit lane too.

The bad: The cost cap controversy certainly cast a shadow over Red Bull’s achievements, although the real overspend suggests the impact on this year’s car would have been minimal at best, and certainly not the overriding reason for it winning both championships. It also had the team orders row in Brazil that suggests there is a tricky relationship between Verstappen and Sergio Perez to manage.

The good: Don’t forget where Ferrari came from this year, going from a team in disarray in 2020 and unable to win a race in 2021 to real title challengers. Charles Leclerc was often the focal point in that sense with some stunning qualifying performances, but Carlos Sainz also came on strongly too in the second part of the year. Second-place overall and multiple is certainly progress.

Leclerc often put Ferrari ahead of Verstappen and Red Bull, but that only made big points gap between them at season’s end more frustrating. Mark Sutton/Motorsport Images

The bad: It really should have been an even better year. The car was capable of many more victories, and Leclerc made some costly errors — in part due to the pressure he was under to dig the team out of self-made holes. Reliability wasn’t great, specifically mid-season, and in the end recurring issues such as strategic errors meant Mattia Binotto was forced out as team principal despite the steps forward with the car.

The good: The development rate from Mercedes was immensely impressive. It seems so long ago now, but this was a team that was struggling to make Q3 and firmly in the midfield in the opening few rounds of the season. But another strength was the ability to maximize its opportunities, with George Russell’s run of top-five finishes — that only ended at Silverstone — testament to that. A one-two in Brazil topped off the year as clear improvements were made. 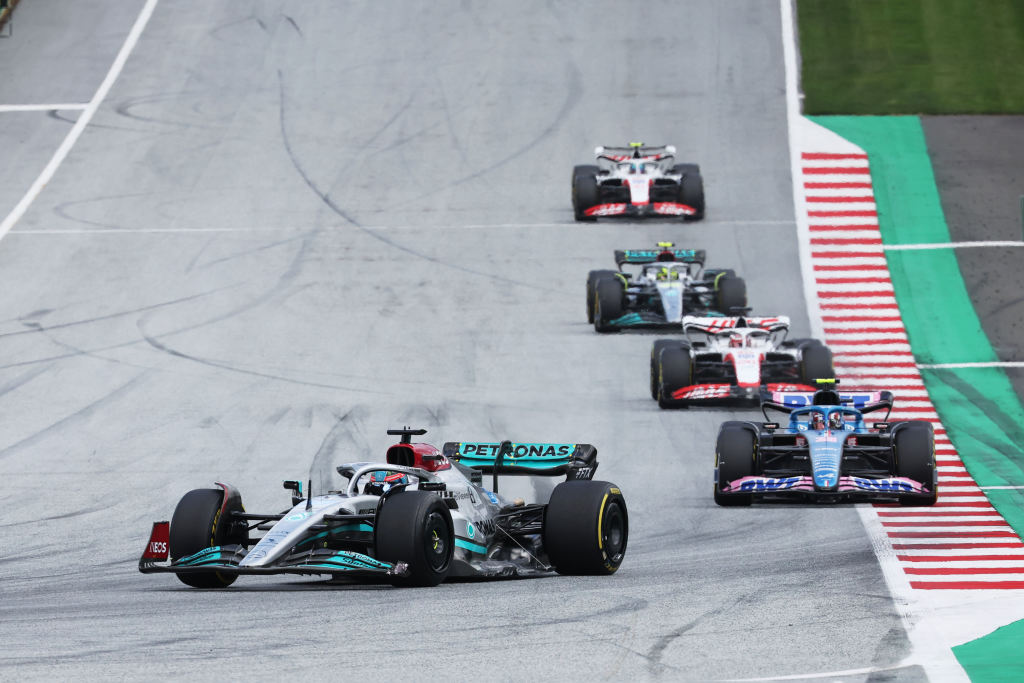 Mercedes certainly can be proud of the improvement made to its recalcitrant W13 over the year, if not over the season’s full body of work. Steve Etherington/Motorsport Images

The bad: Those improvements were needed due to how far off the pace Mercedes was this season, after developing a car that it just couldn’t get to work properly. It was ruled out of any sort of title contention early on, and the team didn’t always seem to nail its strategy choices late in the year as it got more competitive. As good as Brazil was, Abu Dhabi showed it’s still a long way from being consistently in the frame for wins.

The good: There’s something about the way Enstone produces solid cars and engineers them so well, because both Esteban Ocon and Fernando Alonso were handed a competitive car at pretty much every venue this season. And the two drivers tended to deliver the results on an even basis, giving Alpine the edge in the fight against McLaren and moving it forward to P4 in the constructors’ championship. 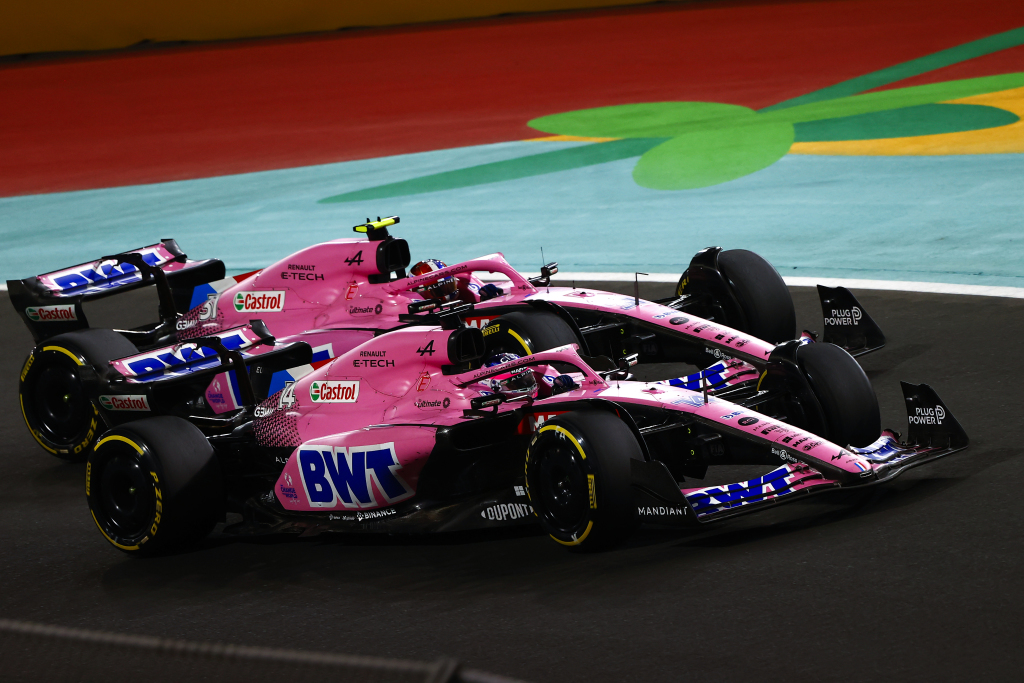 Alonso and Ocon always made things interesting at Alpine…if not always in ways that thrilled the team. Andy Hone/Motorsport Images

The bad: Reliability was a weak point and Alpine should have been much further clear of McLaren based on the car’s pace and driver performance. There were also flashpoints between Ocon and Alonso, with the latter leaving for Aston Martin not exactly a ringing endorsement of his faith in the team. Similarly, the Oscar Piastri saga was a very damaging episode when it comes to the team’s reputation off-track.

The good: Lando Norris was pretty sensational this season, getting a tricky car into positions it sometimes didn’t appear to deserve to be in (don’t forget how bad McLaren looked in Bahrain and Saudi Arabia). By Imola, Norris was on the podium, the only driver outside the top three teams to do so. Reliability was also a strength, and McLaren executed its weekends well to keep itself in the fight with Alpine. 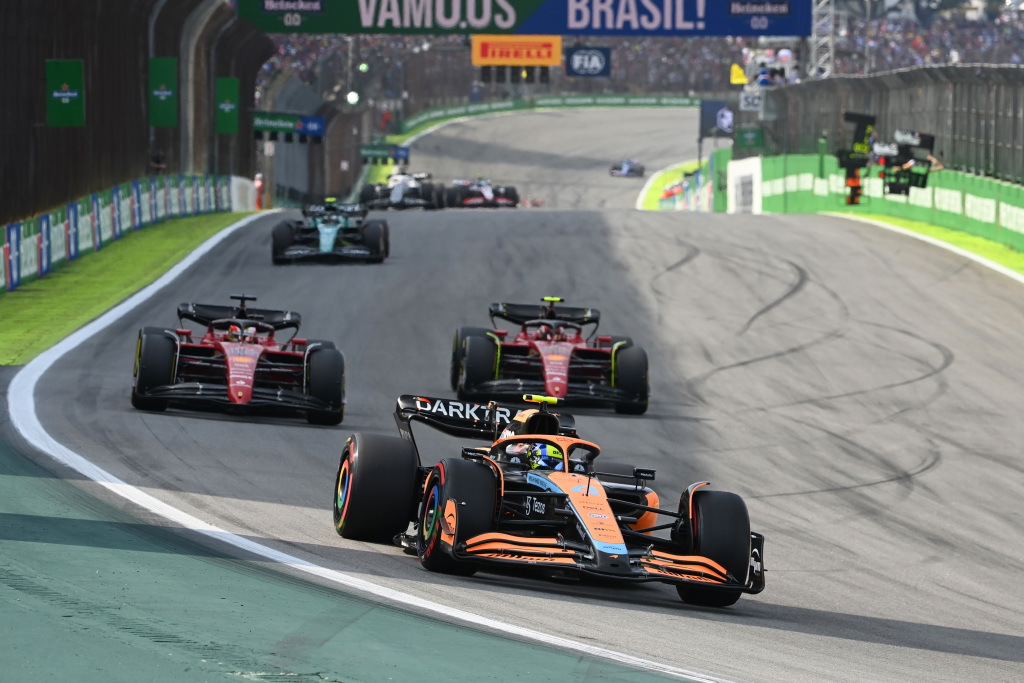 Norris consistently kept McLaren up near the front despite a temperamental car. Mark Sutton/Motorsport Images

The bad: Sadly we can’t say the same about Daniel Ricciardo’s performances as we do Norris’s, with the Australian struggling even more than he did in 2021 and ultimately losing his drive despite it requiring a massive pay-off. The car was also still clearly temperamental and not really a step forward from the year before, as Alpine made more obvious progress.

How to bulletproof a Chevy C5 Corvette for track duty | Articles

How to bulletproof a Chevy C5 Corvette for track duty | Articles