Group B rally cars are the stuff of legend: fire-spitting, gravel-throwing machines from the likes of Audi, Peugeot, Lancia and Renault. The tacked-on box flares just added to their coolness factor.

These machines defined the ’80s–until the FIA pulled the plug on their class after the 1986 season. The reason? Just too fast–and deadly–for their own good.

The Group B rules gave manufacturers a place to show off rally-ready versions of their latest street cars. The basic silhouettes might have looked familiar, but each one contained a full slate of go-fast parts: unlimited boost, all-wheel drive and composite body panels. Engineers ignored the drivetrain layout found on the street versions, quickly turning front-engined, front-wheel-drive econoboxes into mid-engined monsters.

Performance was simply staggering, with most recording zero-to-60 times in less than 3 seconds. On gravel.

This rally heyday gave us several motorsports legends, including the Audi Sport quattro, Peugeot 205 T16 and Lancia Rally 037. A few machines, no less crazy, joined the fray a little late to make an impact on the record books. Even so, they have become legends in their own right: Today’s collectors crave the Ford RS200, Porsche 959 and Ferrari 288 GTO.

Another car that arrived a little late to the party is the MG Metro 6R4. Yes, the company known for giving this country the wire-wheeled, open-top roadster also had set its sights on Group B.

Not New to Rally

The MG Car Company’s interest in performance rally predates Group B by a few decades. Flip through car magazines from the postwar period through about 1965 and you’ll find factory-backed rally MGs, including the TF, MGA and MGB. This wouldn’t be their first rally effort.

They entered the Group B wars with a seemingly unlikely yet very capable partner, though: Williams Grand Prix Engineering, the nine-time Formula 1 constructor champion associated with greats like Ayrton Senna, Alain Prost and Nelson Piquet. They also handled the development work for the Metro 6R4.

Their driveline approach was a bit unorthodox. Where their Group B contemporaries often used highly boosted turbos, Williams went with natural aspiration for less lag and less heat. David Wood, formerly of Cosworth, designed the 3.0-liter DOHC V6 that could produce some 400 horsepower, plenty for the day’s field.

Where the rank-and-file MG Metro featured a traditional front-drive layout, the rally car’s engine could be found behind the front seats, powering a full-time, four-wheel-drive setup. The rest of the car was equally bespoke, featuring an aluminum roof panel and composite bodywork. Massive flares added nearly a foot to the car’s width.

MG launched the new rally car just before the 1985 season, with enough copies built to satisfy the World Rally Championship’s Group B homologation requirements that fall. During the 1986 Group B season, though, Metro drivers only tasted victory once, finishing first at the Circuit of Ireland Rally.

Soon after, the class was no more, relegating the Metro rally car–and the rest of the field–to the day’s rallycross and collector ranks.

This particular example, like several of its mates, was a casualty of the class’s early demise. Completed in October 1985, it sat unsold on the Austin Rover grounds until January 1987. Soon after, it was actually sent stateside, where it bounced around between owners. The engine was rebuilt in 1991, and soon after it received the black paint with yellow trim.

Then the Lane Motor Museum, a home to all sorts of automotive eccentricities, purchased it. According to manager David Yando, museum founder Jeff Lane spent his formative years around wire wheel MGs. “He also grew up involved in motocross, so his appreciation of rally cars seems to slot in there as well,” David continues. “In addition to the 6R4, we also have a Citroën BX 4TC–another unfulfilled Group B car–a Citroën Visa GTi rally car prerunner, a DS21 Dutch rally car, a ’96 Fiat Cinquecento ‘trunk kit’ rally car, and probably a few others. This car is quick, it has some connection to F1 with the Williams engineering work that went into its development, it’s an MG, and it’s rare–all positive qualities for us!”

The Metro hasn’t been entirely static since joining the museum’s collection, however. It made an appearance at the 2013 Speedfest at the Classic Motorsports Mitty, where Paul Reed Smith Guitars named it the most rocking car at the event. PRS presented a custom guitar to the museum as a trophy.

“It’s a big draw on demo days when we start up other competition cars, like Sam Posey’s Caldwell Can-Am car,” David explains. “A day when one can hear the 6R4, the Can-Am D-7, and the Tatra Monoposto T-607 is a good day.”

And unlike so many other Group B cars, this one isn’t hidden from view. “Visitors love it,” David says. “Even in solid black and without livery, most people realize it’s not a ‘regular’ car. The huge yellow light bar across the front gets their attention. When they see that the rear windows are yellow Plexi, that draws them close enough to notice the engine. From there, they are hooked. It’s pretty outrageous.” 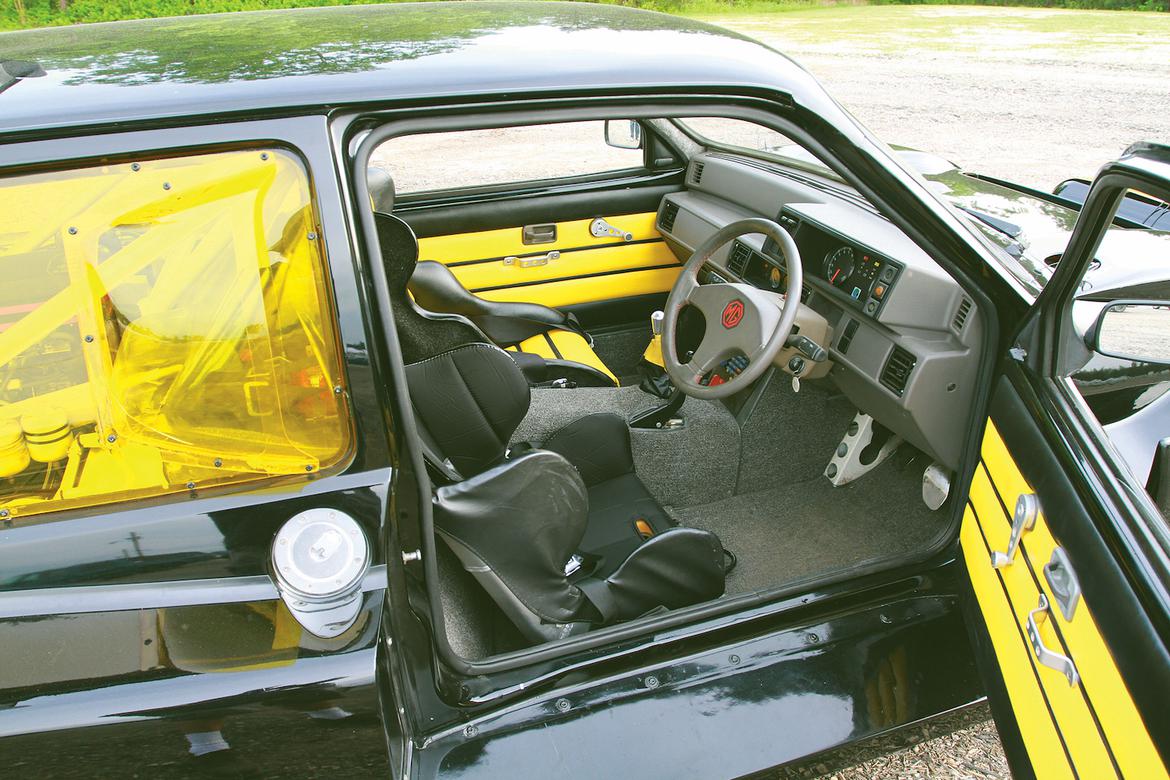 Which team has the best and worst driver line-up for F1 2023?