How to Execute DIY Track Testing Like a Pro | Articles

Motorsports is all about doing well on race day, whether that means winning the big race or simply finishing better than expected. But achieving those results on a consistent basis requires homework: The driver must have optimal equipment at his or her disposal. Professionals spend much of their off-season, and significant portions of their in-season, testing and developing parts and setups.

And while our budgets are certainly different, grassroots-level competitors can benefit from these activities as well. We may not have the big dollars, but we can still do our own testing to determine the best tires, shock absorbers or whatever else for race day.

How and what should you test? The answers are dictated by your motivations. For competitors, the goal is typically to find an advantage over other teams. Manufacturers and retailers test to assess and confirm relative product performance. Members of the press–that’s us–do it to inform our readers.

Even if each group tests the same tires, for example, their testing processes and results can change based on these motivations. When our friends at Tire Rack compare tires, they don’t alter the test vehicle to maximize each model tested. Since their audience is the typical consumer, they set tire pressures to those specified by the vehicle manufacturer.

They also use a large number of drivers spanning a wide range of skill levels. They’re trying to show the maximum performance possible for a hotshoe driver as well as relative performance trends for the average enthusiast. In addition to objective performance data, they also collect subjective driver impressions regarding responsiveness, comfort and confidence.

By contrast, GRM readers tend to be highly competitive, skilled drivers with some level of setup knowledge–so our testing is done using only expert pilots with air pressures optimized for each tire. And if the logistics allowed for it, we’d do some alignment tweaks as well. Like our readers, we are primarily interested in outright measurable performance on the clock in both low- and high-speed environments.

It All Starts With a Plan 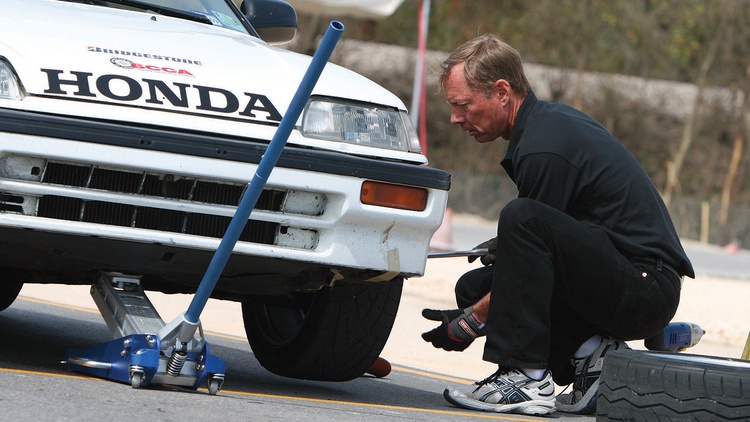 All good testing starts with a well-developed plan. It’s the least expensive part of the process, but it can have a massive impact on the quality of the results. Skimp here and you’ll pay the price later.

Your test plan should start with a clear and attainable goal, which in the case of tires is typically to seek the fastest one. But you need to go deeper. Are you simply after the single fastest lap or run? Fastest average over a full session or race? Consistently fastest? Fastest given the current setup? Or fastest with setup optimized? How you do your testing and evaluate the data relies on pinpointing the question.

A clear goal should quickly lead you to how the results will be measured. For tires, lap times are good, but segment times are even better. Dataloggers are the ultimate, though, for seeing where each sample compares to the others. This is especially useful on a full track, where corners are longer and acceleration and braking effects more pronounced. 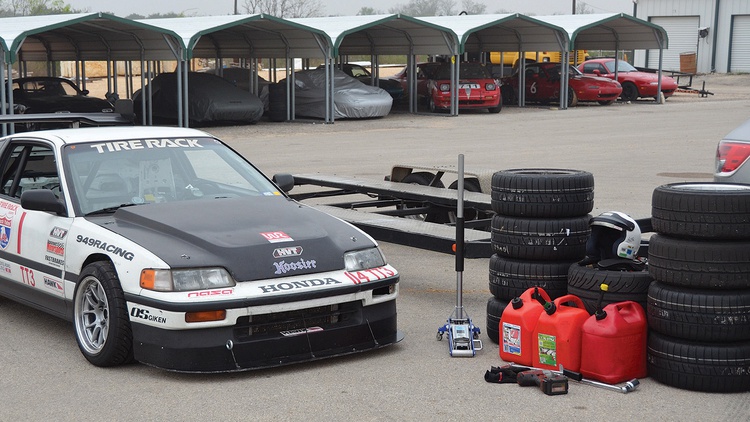 Effectively testing any one thing on a vehicle requires holding all other variables constant. Much of your test plan revolves around that.

For GRM tire tests, we start on a skidpad so we can optimize pressures. But this test also shows how the tire responds to heat. Sometimes the very first skidpad laps are fastest simply because the tires like to be cold. Repeating that test can tell us more: Is pressure or temperature affecting the times? If it’s temperature, then we know that the tires prefer a spray of cool water between runs.

One of the biggest variables to control is the driver. Some drivers are consistent and able to quickly find the edge of performance. And some are not. Enlisting expert help here can make a big difference in the quality of the data. Additionally, recording subjective impressions from an experienced pilot can go a long way toward extrapolating the data to other situations and platforms.

For example, a tire that is fast but peaky may be challenging for the typical enthusiast. Having more than one driver also helps remove the personal preference aspect of the exercise: Some like a tire with a crisp and responsive feel (like the Bridgestone Potenza RE-71R), while others are happier with a less communicative tire that features a wide plateau of grip (like the Bridgestone’s main competitor, the BFGoodrich g-Force Rival S).

For your data to be valid, the environment needs to be held as constant as possible–or at least have any changes documented during the test. For example, we can’t control the weather, but by inserting a control back into our test pattern, we can at least quantify the effects. The same holds true regarding track surface changes throughout the day.

A-B-A tests are the most reliable comparisons, but they limit the test to just two samples (for example, comparing the Bridgestone tire with the BFGoodrich). A-B-C-A testing allows for more samples and includes all possible back-to-back combinations. A-B-C-D-A is more prone to overall data shift, although the individual back-to-back comparisons are still good. We’ve even had decent luck with five samples using an A-B-C-A-D-E-A test matrix.

The order of the test subjects will become very important when using that five-sample format. Unless tire A always produces the same time, comparing B and E, for example, will be tough.

Data can also become flawed as a driver learns the course. This is especially true in autocross, where courses are different at every event. Ideally, a permanent test course that is easy to drive but includes a good mix of elements should be employed. Second best is to have a similar mix of elements that can be assembled to form a test course on any given site. The worst case is using the typical competition autocross course, but sometimes it’s all that’s available.

Testing Procedure: First, put together your test procedure. What is being measured and how? On what course or track layout? In what order and with how many iterations? Build and print forms for recording the data. Keep track of anecdotal data, too, like tire pressures and driver impressions. These can often be vital in the analysis phase for investigating anomalies.

Equipment List: Ever get to an autocross site and find that you forgot to bring something for marking the cones? Dead batteries in the timer? Not enough fuel to get through the event? New wheels don’t fit the test vehicle? Yup, been there. Testing time is scarce and valuable, so don’t let poor planning screw it up.

Logistics: The final piece of the planning puzzle is logistics. This puts everything mentioned earlier against a written timeline and budget. The venue has to be arranged, test items ordered and prepared, all other equipment assembled and transported, and so on. Keep in mind travel times and costs.

Don’t forget food and drink. Fatigue and hunger play havoc with consistent testing throughout a full day-plan ahead to minimize it.

The Big Day: Test day itself should run like clockwork if you are well prepared. More than likely, though, something unexpected will crop up and you’ll need to call an audible, but the homework you’ve already done should minimize the effects.

Stay focused and pace yourself to aid in consistency. Enjoy the science experiment. You should have just enough assistants to help out without adding significant distraction through socializing. Execute the script and collect the data like it was your job–your results depend on it. 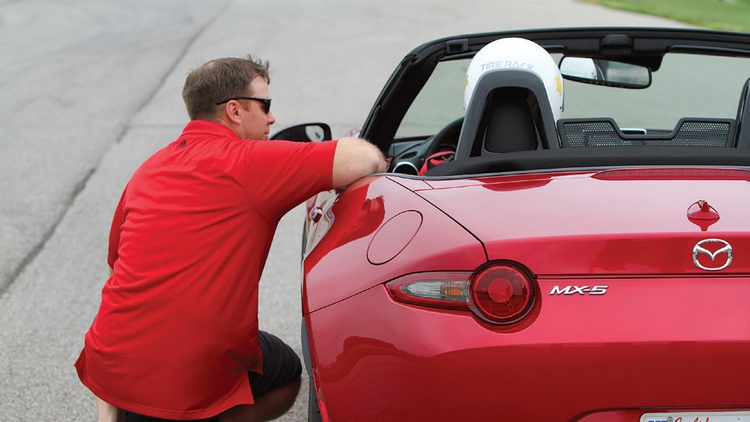 The quickest variable tested wins, right? Not so fast. Any single test is merely one data point. It is typically best used to exclude the stragglers rather than to declare an outright winner. The better you control variables, the more conclusive you can be–but it’s still just one car, on one course, in one weather condition, and with one setup.

By narrowing the field and retesting again in another situation, you can look for a pattern. The data is telling a story. In legal terms, you’re looking for a preponderance of evidence rather than a smoking gun.

That evidence, and how you use it, should give you that desired competitive advantage come race day. 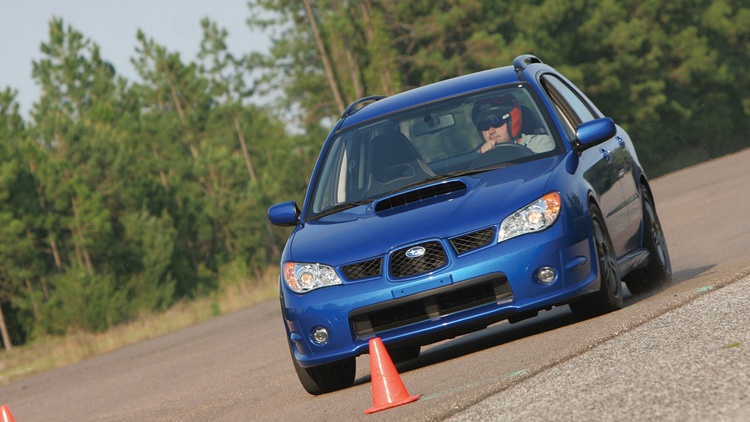 We admit, testing is work–but plenty of that effort goes into making the test day possible in the first place. Half the battle is overcoming two of the biggest roadblocks to testing: sites and funds.

Sites: Many autocrossers eschew testing, using the excuse that they can’t find a good site. For sure, site acquisition is the biggest threat to the longterm health of the sport itself, but it is not a deal-breaker.

For one, testing can be done on much smaller sites than a competition requires. You don’t need room for a paddock, grid or even a big 40-plus-second course. We use a simple 20-second course that can be lapped to duplicate typical 40-second regionals or 60-second national designs. Skidpads take up even less space.

The value of testing and driver training is growing within the mainstream of the sport, so it’s becoming easier to convince clubs to add such dates to their calendars. And by stepping up to a leadership position in your club, you can help influence those decisions. You can also become the “setup guy” who teaches others how to test–right alongside the “fast guy” who helps train others to drive better. Both of these roles require non-competition days to be effective, and they benefit all club members.

Another tactic is to test on regular regional event days after the competitors have packed up and gone home. Most event insurance is arranged by the full day or weekend, so there is often plenty of daylight available for testing use–especially on those hot summer days when most people just want to crack open a frosty beverage after three runs and a work shift.

Obviously, going this route requires prior arrangement–and possibly a licensed safety steward in attendance. Bartering additional volunteer services, like course setup or teardown, can sometimes sweeten the pot to a win-win deal.

Still no dice? Start your own club. It sounds daunting, but one of our regular test participants did exactly that. He rents the same sites and uses the same insurance–like K&K–as other independent clubs to hold his own test-and-tune events.

Tracks are a lot easier to use for testing since many hold regular open lapping days, albeit at a cost. Some are even quite affordable for outright rental, especially if you only need a half day.

The rise of social media has opened up a great avenue for relationships: Off-hour facility use can be exchanged for positive exposure. This works especially well for small club and membership-owned tracks where you could conceivably test without corner workers or other services. We’ve done this.

Funding: For every test winner, there is at least one loser. As a result, the product that was purchased and then deemed to be too slow is cast aside. Pro teams can afford to do this. We can’t.

A better approach is to groupfund a test, involve multiple drivers with similar cars, and then share the data within the group. This also spreads the logistics load and allows everyone to share equipment. Bonus: It serves to teach more people how to test effectively.