Very neat article, takes the wind out of the sails of “yeah but my car can handle.”

Might I clarify the first sentence, however. A reading of the text of David v. Goliath — as we are *presented* with it  (as opposed to how we might with atheistic goggles interpret the unlikely event) — reveals that the ACTUAL illustration is that YHWH (“God”) is David’s protector, despite the odds, NOT that being cunning and nimble is David’s rescuer.

No, but man, I can still smell those GT500 brakes.  Holy crap were they toast after a few laps.

The Fiat HP/Torque plot looks off, the HP and Torque curves should cross at 5,252.

There was a Fiat 500 at one the 25 Hours of Thuderhill endurance race around 10 years ago.  With sticky tires, it fell over on the track by itself, just landed on it’s side after going through a fast corner.  If you want a small, fun car, Miata Is Always The Answer.

My Abarth is a hoot in the dirt… 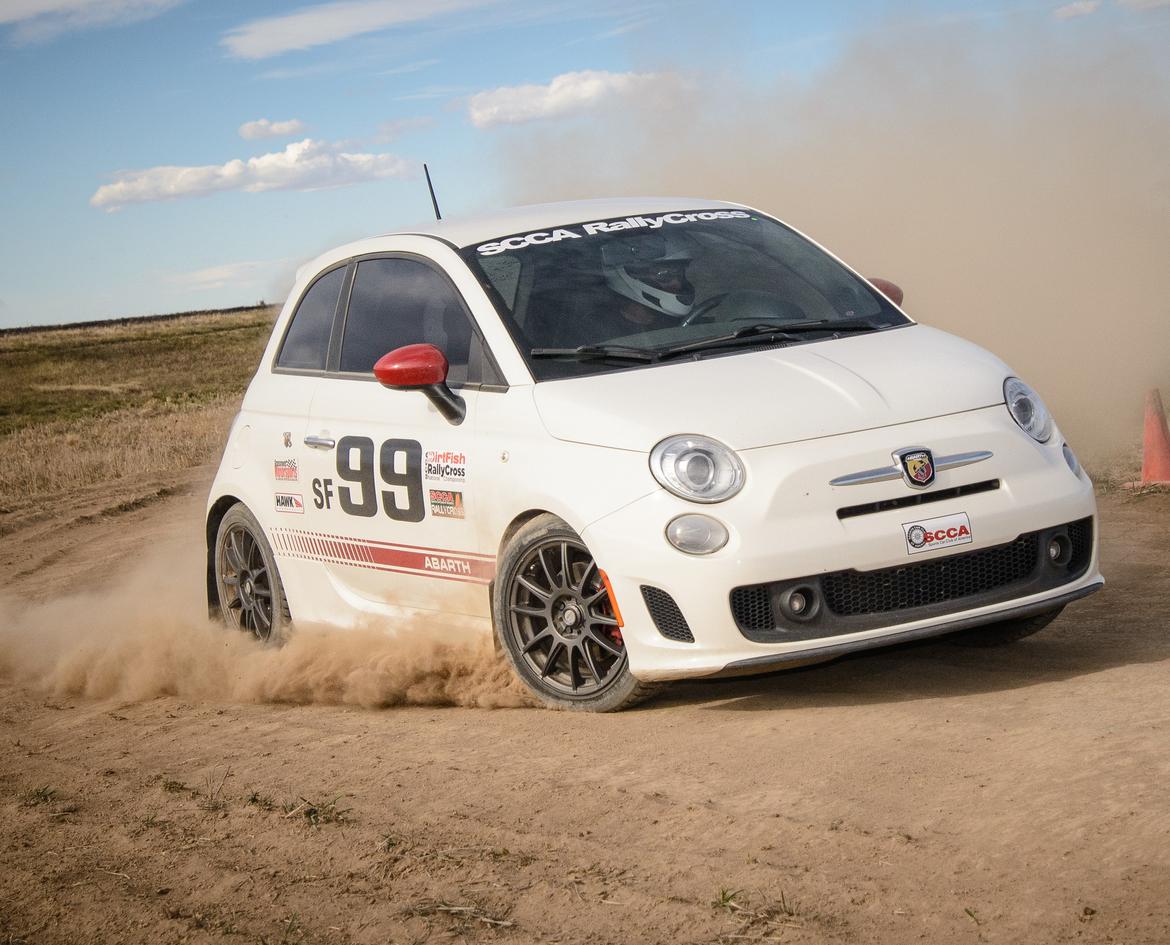 (Looking at his shoes, kicking a small rock across the lot) “I still like my Abarth”.

In reply to Jerry :

Don’t worry, I’m with you on this one. I think if I was lead into a room and told to pick one, I’d probably go for the Abarth.

That may be because I was raised on smaller Japanese imports, but still, Abarth all the way.

In reply to Lightfoot :

that is a FANTASTIC picture!

The Abarth is one of several cars i had the perhaps bad fortune of running against in a basically stock SOHC neon and losing most of my interest in after realizing it wasn’t really better than that in anything but perhaps personality and cachet. Not that i don’t value personality!!

On the other hand, GT500s stand well apart from pretty much everything that ISNT a ‘very fast musclecar’ and that hasn’t changed with the march of time, even for the oldest 2007 models.  I don’t care particularly much about most Mustangs but all the modern GT500s are awesome cars to me.

I would certainly be interested in an Abarth-itated 500e, as long as i didn’t have to pay that much for it.

Betting odds for the Dutch Grand Prix – Who will shine the brightest in Zandvoort?