You’d hear his loud-and-proud, LS-powered Mazda RX-7 named Rexine before you saw it. Spectators went wild every time rally fan favorite No. 50 rounded a corner, cheering and waving as Al Dantes Jr. flicked the car sideways while simultaneously honking the horn and throttling out rhythmic revs, the music of our people.

If, through all the action you were lucky enough to catch a glimpse of Al behind the wheel, you’d always see his infectious smile lighting up his face, even when hidden behind his helmet.

This year’s Lake Superior Performance Rally (LSPR), also Al’s home race, had heavy vibes with the tragic and sudden absence of this grassroots rally legend. The night prior, on Friday, October 14, Al was fueling up at the local L’Anse, Michigan, gas station when a semi-truck driver–arrested for operating while intoxicated causing death–collided with the pumps, causing a fire and the loss of his life.

Every competitor was carrying the weight of this loss through LSPR, but through anger, disbelief, heartbreak and tears, they pressed on regardless, just as Al would’ve wanted them to do. In grassroots rally, whether participating as a competitor, volunteer or spectator, the sport forms a bond between people that goes deeper than just racing. It’s a family. 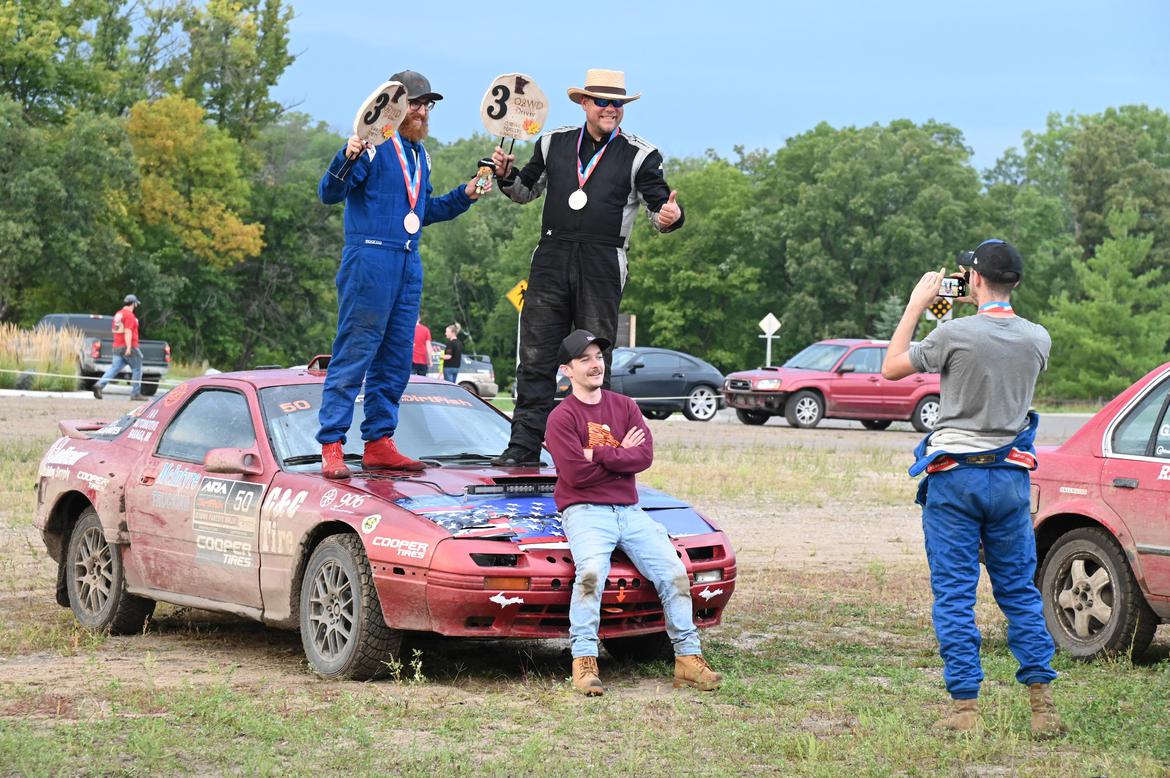 As a tribute to Al, Rexine was driven to the Parc Expose, and then for one last ride across the finish line by his brother, Elwood Niemi Jr., with one of six daughters in the co-driver seat. At the awards ceremony, his daughters accepted the Jake Himes Cup, an award presented to the fastest 2WD car.

For Al, family came first, especially his daughters who were his entire world, followed closely by his love for all things rally. He raced with the Tower City Race Team, a name founded when he and his brothers entered their first race in a mud drag, now formed by family, friends and gearheads based out of Baraga County, Michigan.

Al was involved in rally for over 20 years–around 17 as a volunteer, then a driver, and he even took on the role of on-camera talent for the American Rally Association. He was the defending ARA East Coast Regional 2WD champion and was leading the ARA’s Central 2WD standings for the 2022 season. 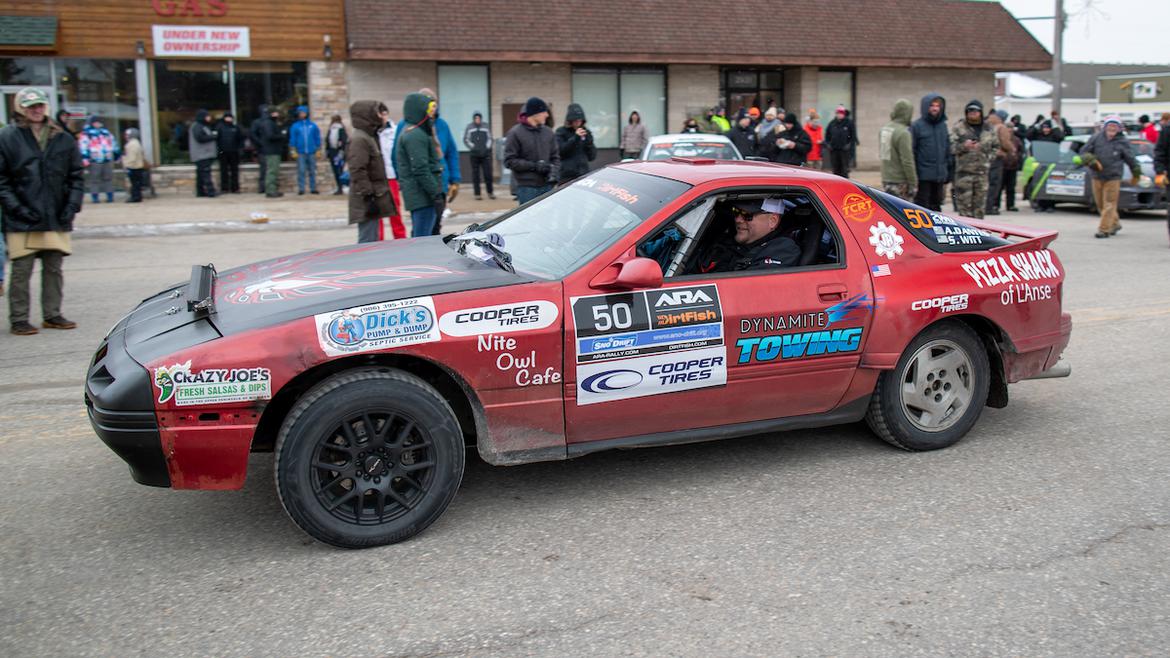 He resonated happiness and positivity, and it was infectious to all of those around him. One of his many superpowers was making people feel like they’ve known him forever, even during a quick meet-and-greet at a Parc Expose. “I don’t get it,” he would joke, “I am slow but I somehow beat people.”

Al was a fierce competitor, but was always eager to lend a hand to keep others going, even if what he had going on was in shambles, too. It wasn’t all about winning. During the MudWhale SuperChampio, a no-rules (very) grassroots rally, Al purposely increased the value of his car to give someone else a chance to win. You see, the winner is chosen based on who has the highest points (or “WhaleFactor”), which is calculated by multiplying the total stage miles completed by the average speed, then dividing by the car’s value.

He was once spotted trying to re-fasten his alternator using beef jerky, a Red Bull can, a ratchet strap, and some MudWhale stickers. On a separate occasion, he used a caulk gun and hangers for a transmission linkage. 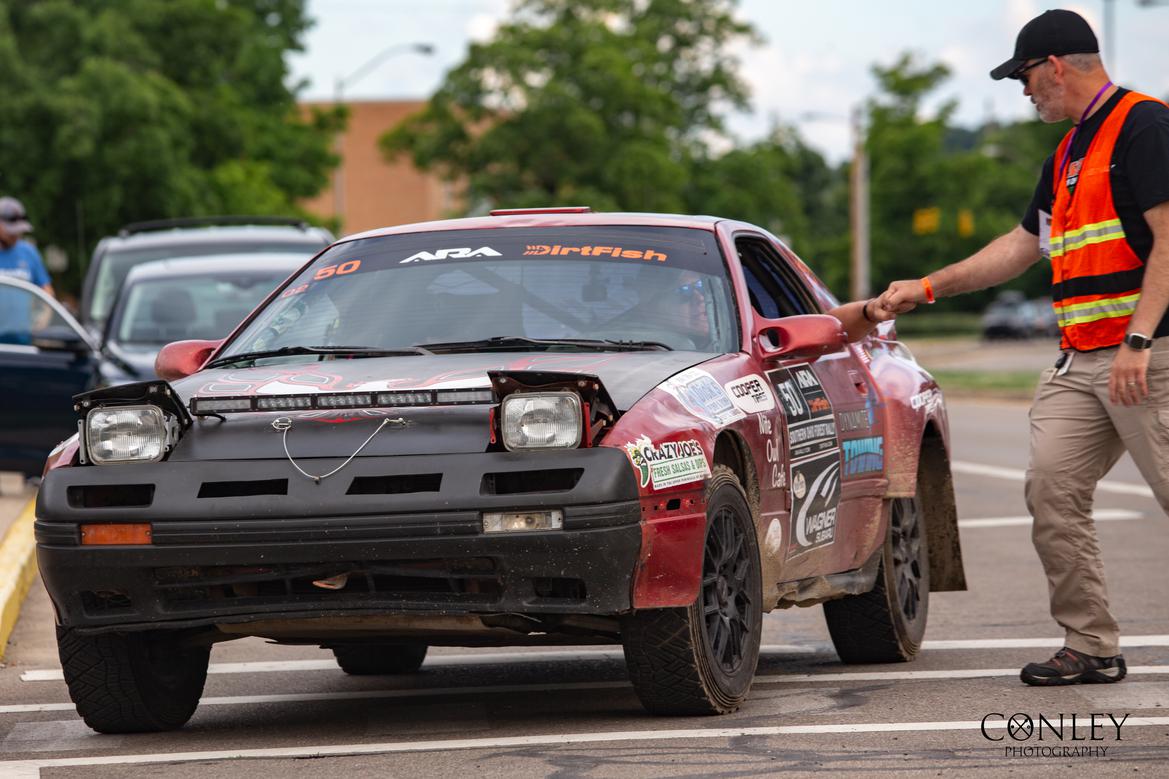 And you’d better believe he found a way to fix his oil pan after catching big air that put a hole through it during a Special stage, just in time to start the rally. He’d trade push starts for end-of-race beer, and no one could pull off a three-wheeled finish like Al. (He would’ve crossed the finish with all four rims, but it wasn’t necessary.)

It’s usually difficult to retire a number with the American Rally Association, but to honor the impact he had on the sport and rally community, the ARA retired No. 50, cementing Al in the books as the legend he was. He is the third competitor to have his number retired, following Henry Krolikowski (No. 44) and Matt Marker (No. 65).

“We will miss his honesty, his friendliness and his integrity,” the ARA wrote, “Rally, and the American Rally Association is better because Al Dantes, Jr. was a part of it.”

He was everyone’s biggest fan, and we were his, too. 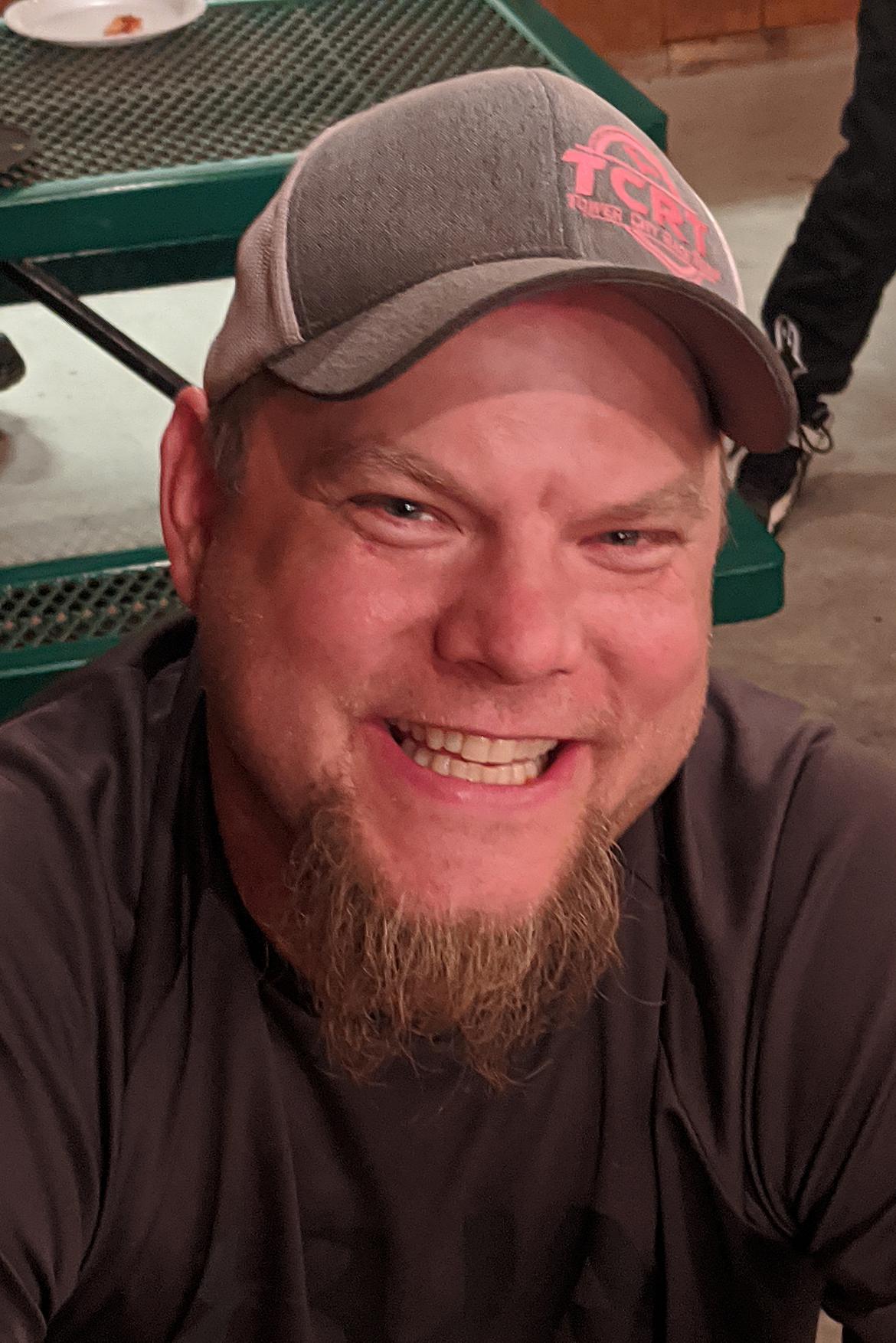 A GoFundMe has been started for his six daughters.

I still can’t believe  it. I only met him at a few rallys but each time he treated me like an old friend and just made every rally more fun.

I wasn’t at too many rallies Al was at also (and when I was, i was nowhere near him in the start order so never really hung out), but the few times we chatted he was a super-friendly guy (and many good interactions on social media). Truly someone with the joy of life in his heart. A tragic loss.

Thank you Tara for this – I think that push start story for beers in there is definitely one of my experiences, I’m sure he did it for others too.

Real bummed about missing summer sno*drift this year, was hoping for a RWD battle and I didn’t get the engine in time but the only thought that went through my mind is, I’ll get to race against him next time, LSPR is coming up! That day never came. We loved having the battling rx7s, two very different yet similar machines and would constantly trade times. He will be missed, I don’t have any famous last stage selfie with him because we always used his phone!

There are a few of us downstaters trying organizing to visit the memorial on the 29th. if anyone wants to drop something off for us to take up let me know.

if you take the time to support his daughters that have been left behind please check the gofundme below.

EDIT: they close the gofundme so they dont get taxed to death but i’ll post up the paypal link for donations as gifts which are non taxable.

and in other thoughts, the only 3 numbers to be retired were all Michiganders…

Hamilton hopes FIA looks to the future, not the past, with budget cap penalties