[Editor’s Note: This article originally ran in the April 2013 issue of Grassroots Motorsports.]

Fixing things well and fixing things cheaply aren’t always mutually exclusive. Just ask Angus MacGyver. That fictional character is the guy we all aspire to be when we don’t have the “right” solution immediately on hand or within budget.

Unlike the protagonist in most other spy action shows, MacGyver carried a Swiss Army knife and a flattened roll of duct tape, but never a gun. Car enthusiasts on a budget often have to engineer their own solutions to potentially expensive problems, and sometimes without a full set of tools (either in their hands or heads). Here are some of our favorite low-cost ways to improve your ride.

Tips from the American Road Race of Champions

This Porsche 911 flywheel was held in with cap screws, one of which rounded out inside. Chris Krebs spun off the screw with the deliberate taps of a chisel. 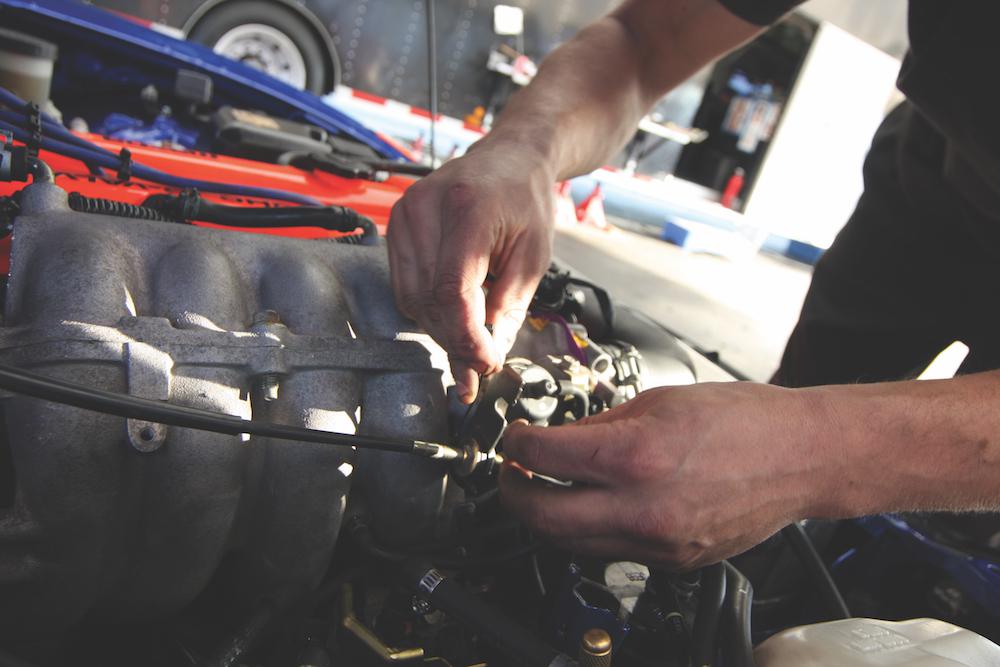 Spec Miatas tend to pop their throttle cables loose thanks to frequent contact on track. OPM Autosports adds a zip tie as extra insurance to hold the cable in place. This one is on Danny Steyn’s car.

Tips from the SCCA Solo Nationals 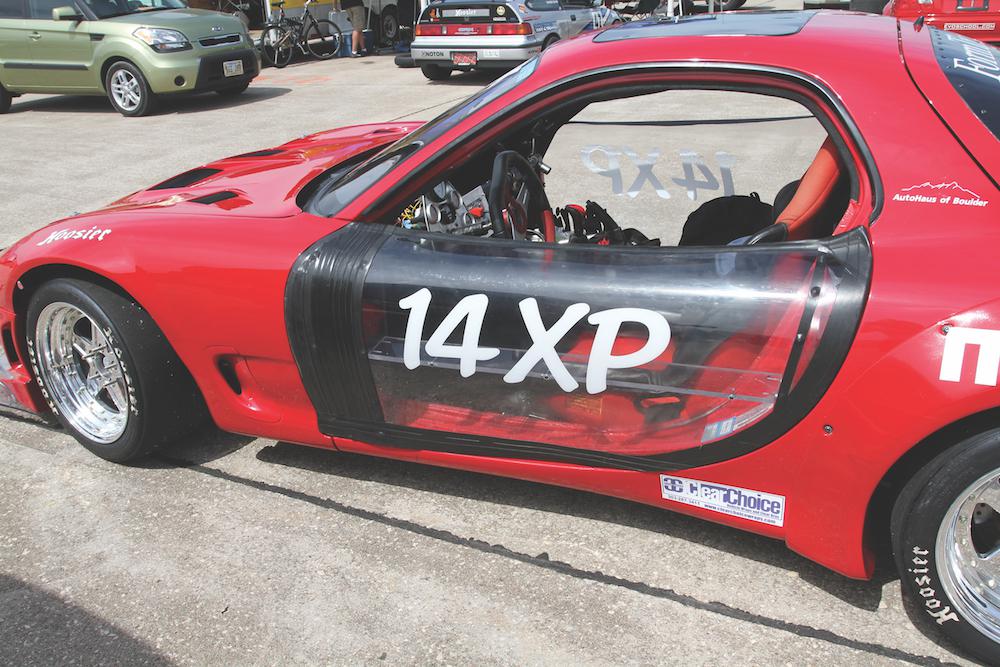 Why buy a steel door when a plastic one will do? Darren Kidd worked it into the shape he needed, and he latches it shut with a drop-in pin. 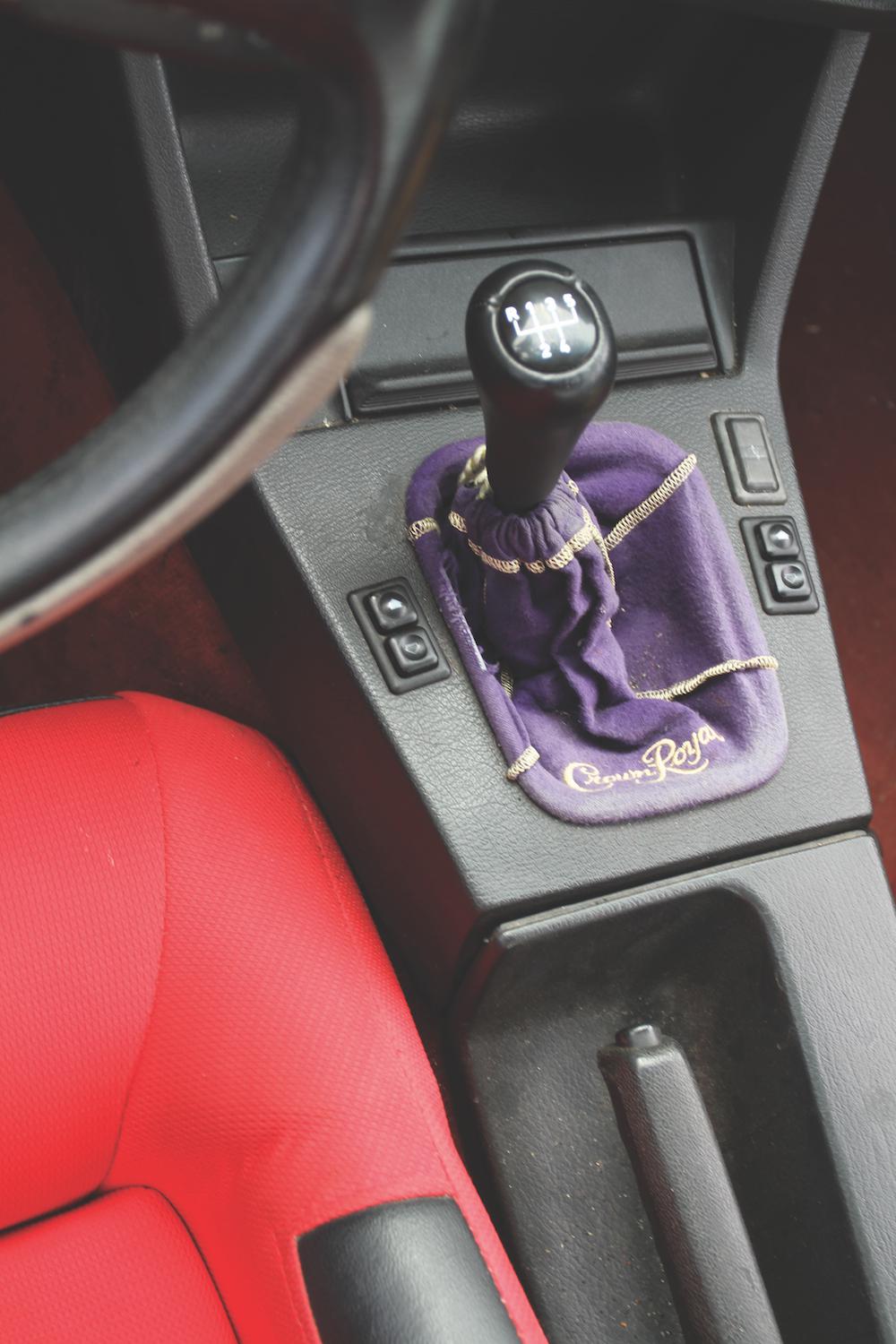 OEM shift boots can be pricey or hard to find for older cars. Jeremy Salenius’s 1988 BMW 325is shifts with Crown Royal. 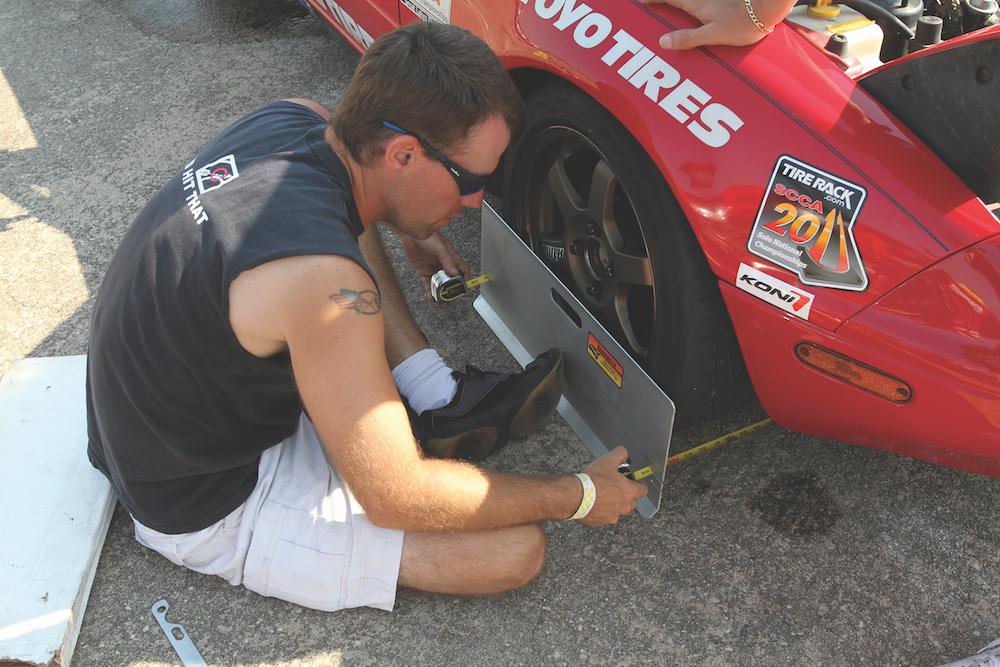 Skip the shop. These Longacre Racing toe plates, combined with a pair of tape measures, can help you quickly adjust turn-in without needing to make an appointment.

Tips from the One Lap of America 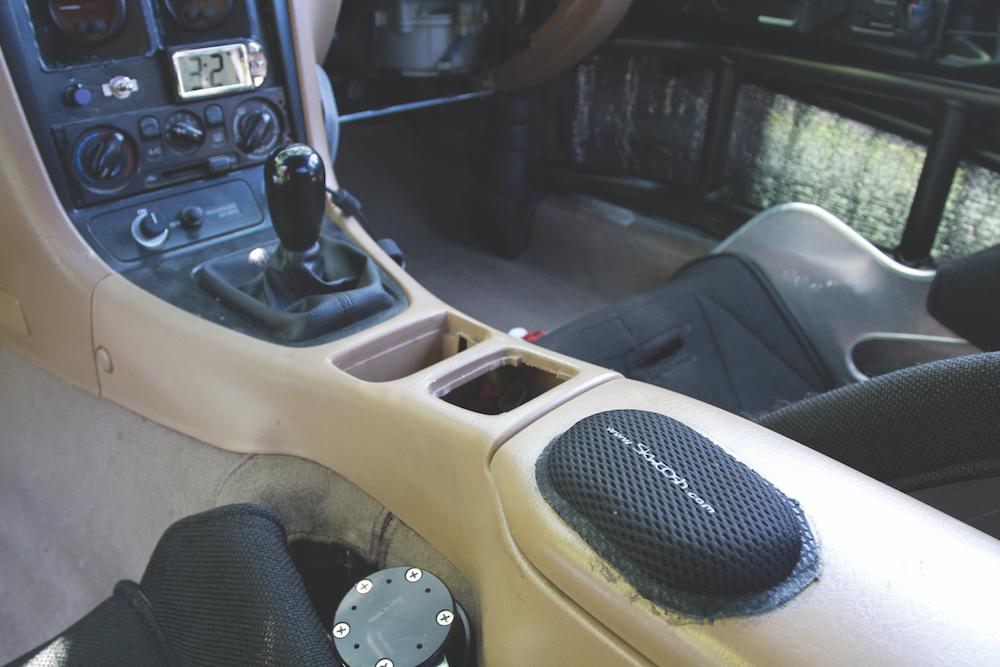 That’s a gel-filled wrist support for people who work on a computer all day. Mike Hedin and Chris Lewis knew they’d be cramped in a ’99 Miata for many, many hours, so they found the spots where they’d likely be banging body parts and glued these comfort pads there. 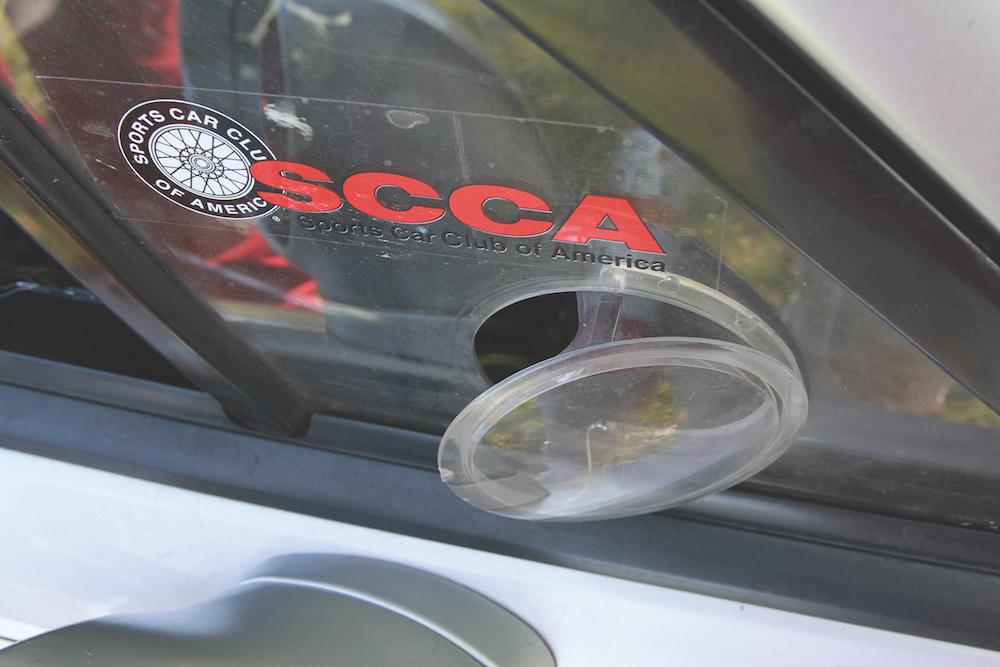 A little fresh air is a good thing. That same One Lap Miata has aircraft window vents attached to its nonfunctional triangular window. 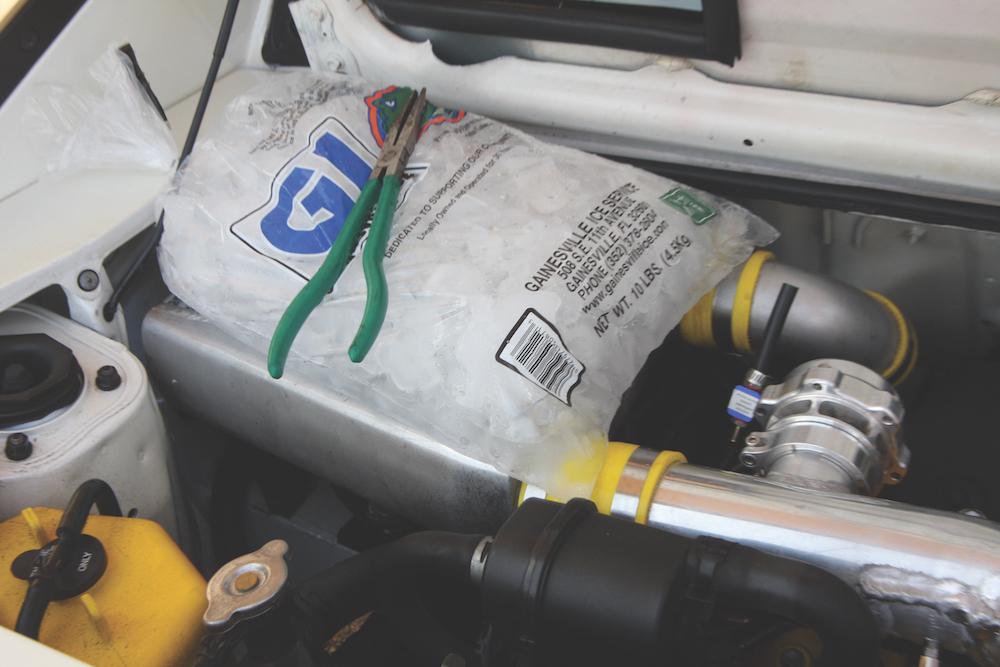 An intercooler works best when it’s cool. There’s not much airflow in the back of the Evil Ducky Racing Toyota MR2, so between stints on the autocross course or drag strip, the team puts a bag of ice on it. If you don’t pierce the plastic, the bag contains the wet mess. 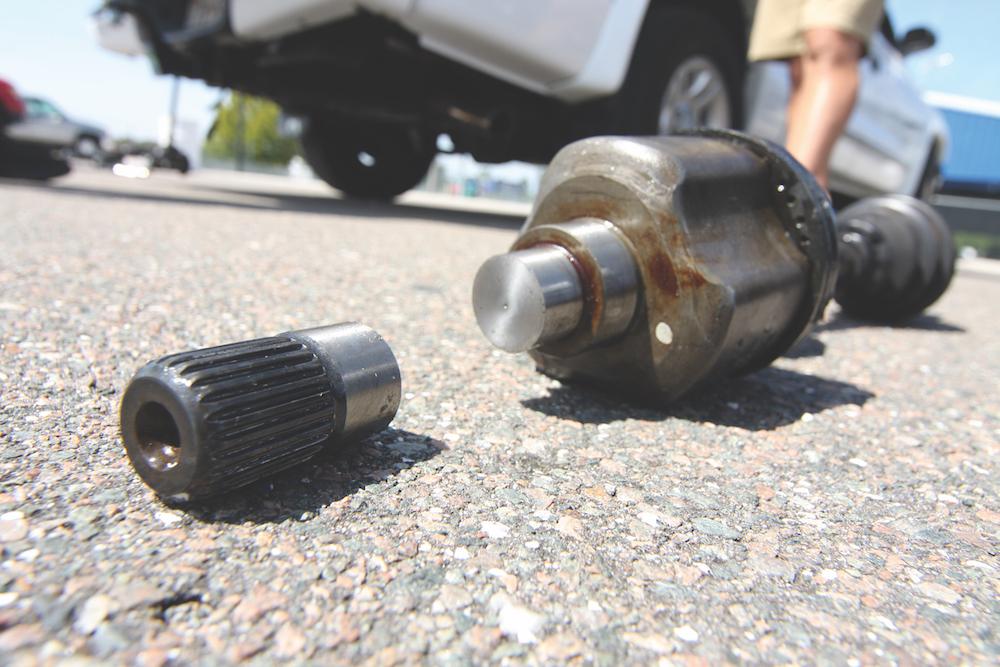 This is why you should always keep a magnet in your toolbox, whether it’s a telescoping magnet on a stick or a big one you salvaged from a blown subwoofer. When the Dodge ScAries snapped a halfshaft, the splined end was stuck inside the transmission case, only to be removed by a heavy-duty magnet. 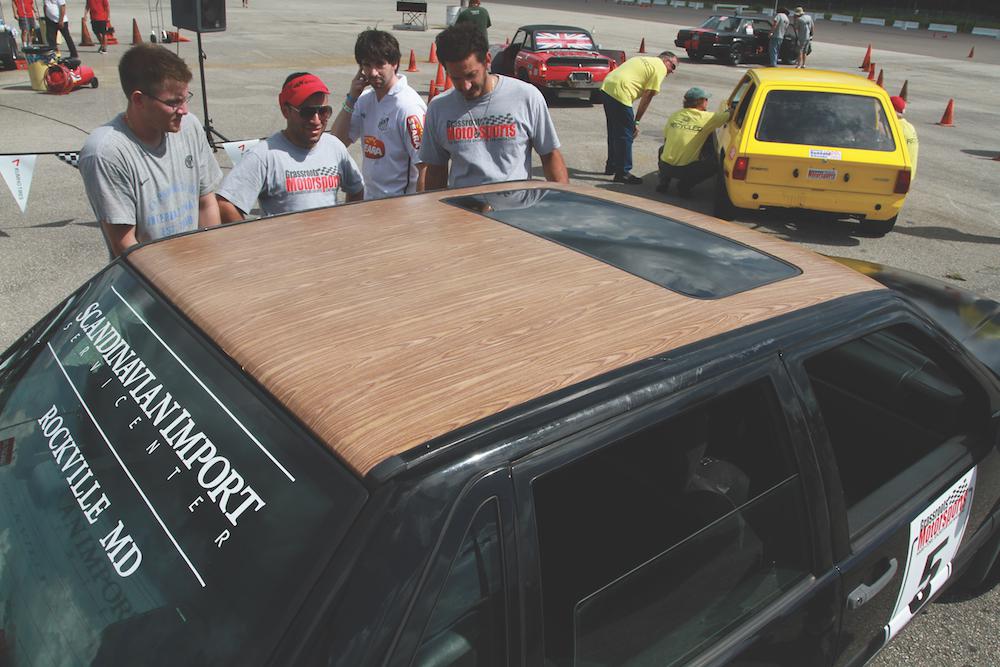 Faded paint but no budget for a respray? Before Team OMGWTFBBQ pushed their Volvo past the concours judges, they ran to the local home improvement store for some shelf paper. No, you don’t have to go for the wood grain. 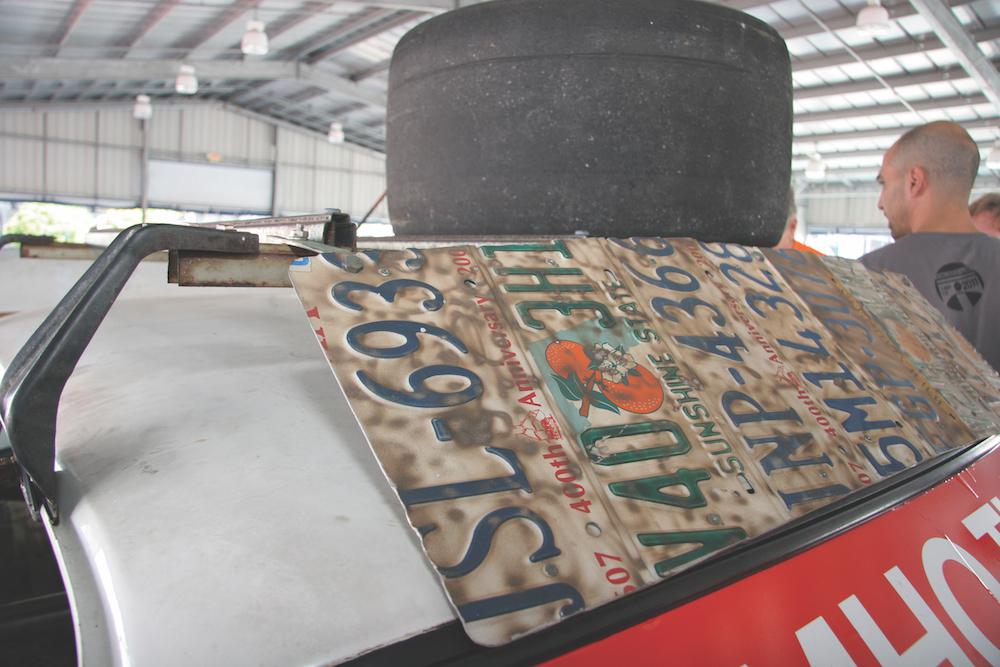 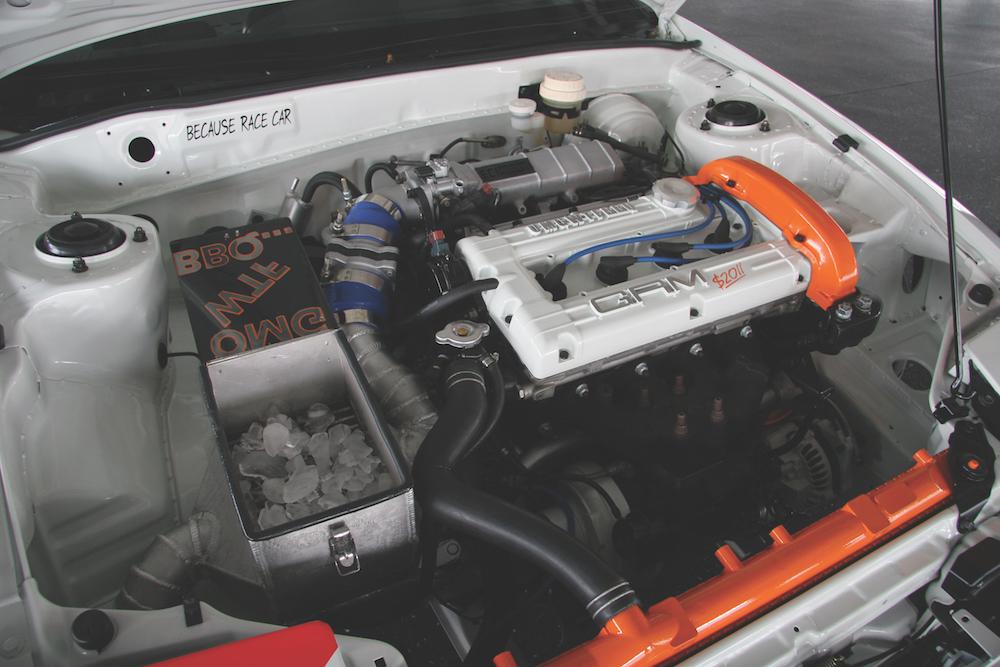 Team OMGWTFBBQ took the iced-down intercooler to the next step, topping theirs with a built-in icebox. For short runs, this can be more effective than just blowing ambient air through the heat exchanger. 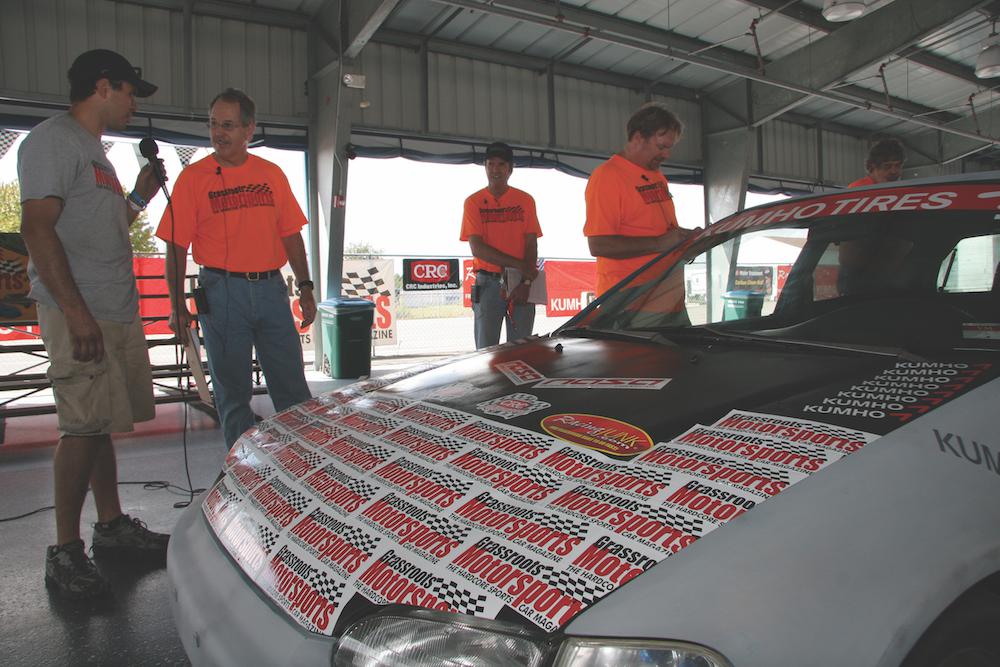 I have found old license plates to be INVALUABLE for making track side repairs and modifications. Flexible enough to contort into needed positions but strong enough to handle air speeds at terminal velocity when appropriately mounted with self tappers.

In reply to Alan Cesar :

I’ve done several of those things.

The Harbor Freight RX-7 has a sunroof rusted through in many spots.  I have a Lexan sunroof, but RallyCross rules specify steel or OE, and Lexan is aftermarket.  So, I patched the holes in the sunroof with woodgrain contact paper.

I wish they still made brick pattern contact paper, I’d turn my wagon into a “brickie”.

I wish they still made brick pattern contact paper, I’d turn my wagon into a “brickie”.

Going to go out and cut and point my car.

I mean anything can be printed onto vinyl

Hard to beat bailing wire for track side hose and  boot clamps. Now that I think of it, those repairs might as well be considered permanent.

Used the chisel trick to remove corroded nuts holding my Sequoia tow vehicles O2 sensors in place. Don’t forget the hammer. Not really a mechanic without a hammer.

Additional tip is to carry the fusible silicon tape. It works.

The chisel trick is key to life working on old equipment.

In reply to Professor_Brap (Forum Supporter) :

I have had to use a chisel bit in an air hammer to get the intake manifold nuts off of a D17 in a Civic.  They were so rusty that 10mm sockets spun on them.

All the while I was cursing… at know-it-alls not from around here who insist that cars would not rust if you just washed them every now and then.  Some mentality that everything that happens is because of a personal failing.

We had a 20lb sledge and a big ass chisel after some bell housing to engine bolts on a Ferguson TO-20 like a week ago. I know the struggle

Love the shelf paper – for a Volvo, it /should/ be in brick pattern.

Re: the Little Lamb-orghini, seen a few writeups on dual engine cars but NEVER with a stick in front and auto in back!  That’s gotta make the rear power delivery a lot less predictable for autocross.  For the drags, no problemo.

I still remember the dual engine that competed in Sport Compact Car’s contest about 15-20 years ago. For their burnout contest segment they put one in drive and other in reverse, the car just pirouetted in a circle billowing smoke from the wheelwells, the judges had no choice but to give them that win.

Strong zip ties will also work in a pinch.

Has closer racing in 2022 shown Formula 1 can live without DRS now? · RaceFans

Has closer racing in 2022 shown Formula 1 can live without DRS now? · RaceFans