Charles Espenlaub has been racing professionally for over 20 years, and he can boast of an achievement that would scare most of us: He survived a roiling inferno with just the mildest of burns. What’s his secret? For one, he’s a stickler for top-shelf equipment.

[How I Became A Human Torch and Survived]

There’s an added benefit to that premium gear, he notes: increased efficiency behind the wheel. If he were wearing a firefighter suit, he figures he could have spent a few minutes sitting inside his car when it burned to the ground. However, he adds, those suits are so heavy that he would have passed out and crashed not long into his stint. He says the key is balancing safety, comfort and performance.

Most of today’s auto racing helmets now come predrilled for a head-and-neck restraint, but the new generation of high-end helmets goes further. For one, they meet the latest FIA impact specs–even more stringent than the popular Snell SA standard. To reduce driver fatigue, lightweight carbon fiber is used in construction. Then there are the add-ons that simply make the wearer more efficient and comfortable: air conditioning ducting, integrated electronics jack, built-in microphone and hydration system, and earmuffs. Finally, all the umbilical cords are designed to stay out of the driver’s way and allow for quick changes between stints.

To facilitate the helmet’s removal when emergency workers suspect spinal column injuries, the Eject Emergency Helmet Removal System has been fitted inside his helmet. A compressed air source simply inflates the bag, gently lifting it off the head. 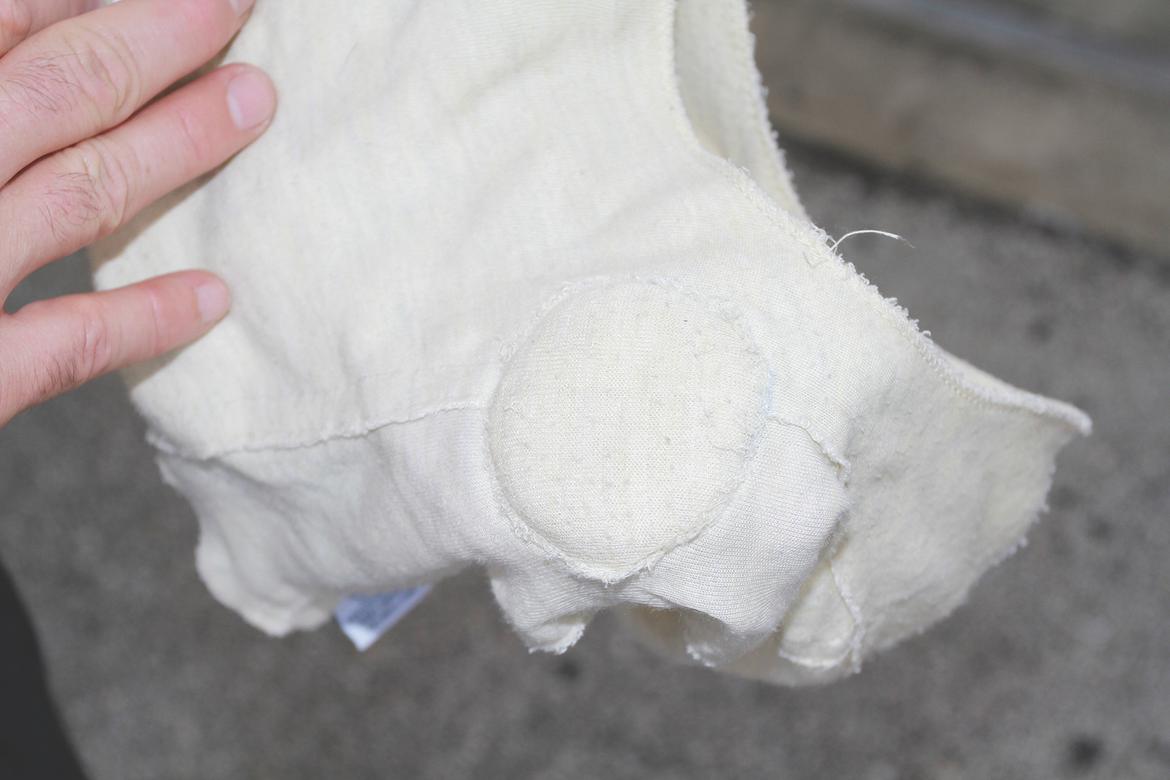 Even though Charles wears molded ear plugs and his helmet features integrated noise attenuating earmuffs, he goes one step further: Acoustic foam pads have been sewn into the balaclava. He fully admits that these make him look like Princess Leia.

To reduce fatigue during those long stints, Charles wears the lightweight, carbon fiber HANS Device–it weighs around 1 pound versus 2.25 pounds for the standard model.

Two-layer, SFI-rated suits can be pricey, so what does that extra money buy? Comfort. The materials used to make this FIA-rated suit aren’t much heavier than those found on a medium-weight sweatshirt. Those cool, breathable, lightweight materials dry quickly, too. Then there are the stretch panels: across the shoulders, across the lower back, down the sides, around the arms and more. Charles also wears his suits a little baggy, leaving an air gap around his body. That gap protects against the transfer of heat.

Underneath the suit, he only wears fireproof underwear–no cotton. Avoid those moisture-wicking “performance” T-shirts, he adds, as they’re often made from polyester.

No rings, no watches, no jewelry. No glasses either. 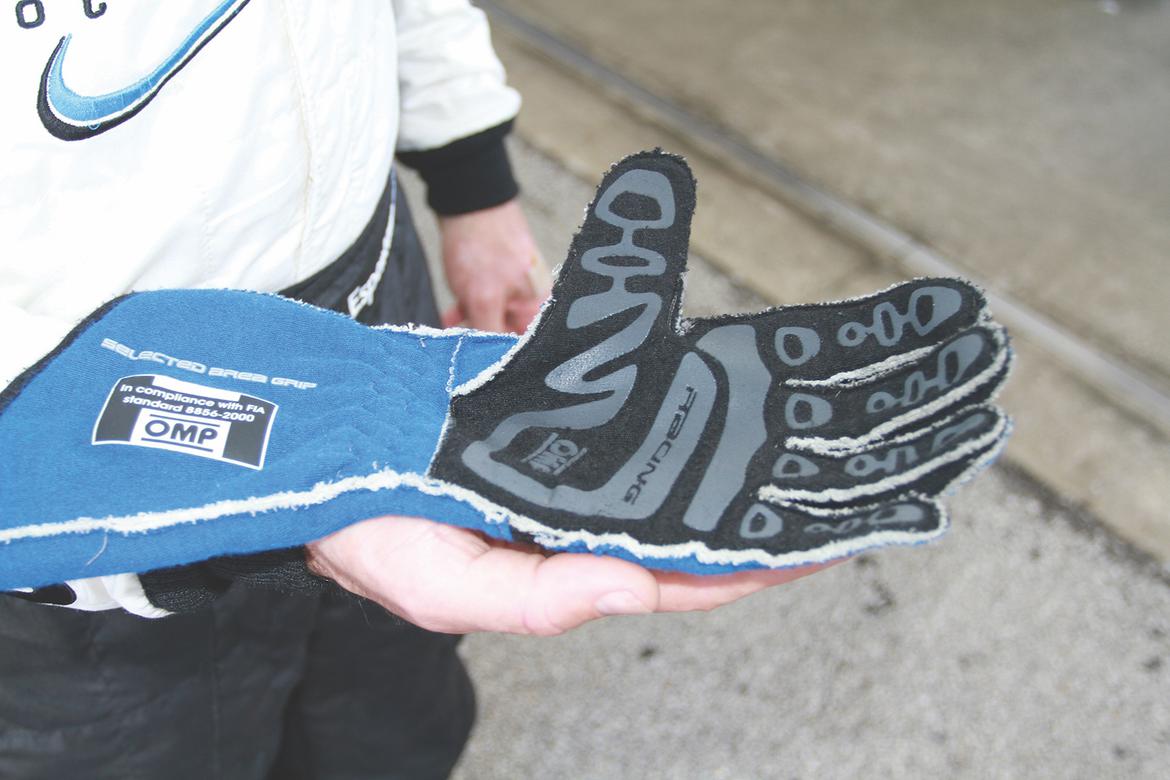 To increase comfort, his OMP gloves are precurved and have been stitched with the seams on the outside. To maximize both fire protection and grip, the palms of these FIA-rated gloves are made of fire-retardant material, aside from a network of carefully engineered grips–the bare minimum needed to control the wheel.

Charles favors high-top shoes due to the extra protection they offer. He goes with a premium model, too: more comfort, better control, longer life and no excuses–ever. Since he also races in Europe, they carry an FIA certification.