Restoring One of the Most Iconic Acura Integra Type Rs | Articles

On any given weekend at a top-tier vintage race, you’d expect to see the familiar gaggles of historic machines: single-seaters plus production racers from the SCCA’s alphabet soup of sports car and tin-top classes. But an Acura Integra Type R?

And not just any Type R, but one of the iconic orange-and-white cars from the RealTime Racing stable?

Yes, it’s back, and with team founder Peter Cunningham behind the wheel. Cunningham unveiled the freshly restored sport compact at the WeatherTech International Challenge with Brian Redman Presented by Hawk, a major vintage race held each July at Road America.

R Is for Refined

Out of the box, Cunningham notes, the Acura Integra R was a strong car, well made and with excellent handling capabilities and a durable engine. Transformed into a racer within World Challenge Touring Car rules, it became a formidable contender.

“It’s just a really good chassis, and to this day, people still give it a lot of credit as the best-handling front-drive car ever,” he says. “Certainly of its era, that could be said.”

This particular car, Cunningham adds, is the team’s second-winningest Type R. It was driven by Michael Galati in 1997 and 1998 before becoming Hugh Plumb’s car for the 1999 and 2000 seasons. It wore 43 with both drivers. The team’s top car now resides at American Honda’s museum in Torrance, California.

R Is for Retired

After its World Challenge career at RealTime Racing was over, this car was sold to make way for other projects, Cunningham continues, outlining a story familiar to many racers.

“Historically, through the years, when we had a new model to race to replace a previous model from within the Honda/Acura family, we always had to sell our old cars,” he explains. “We would sell them to club racers or whomever might be able to use them, and we would use the money to help build the next-generation car. That’s just how it worked. 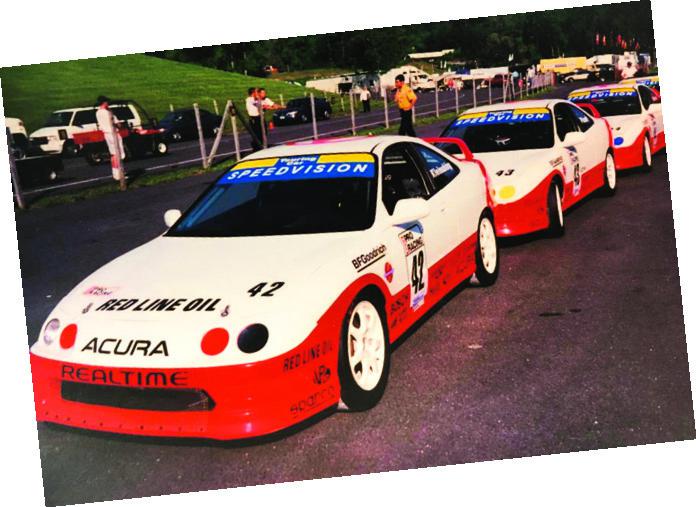 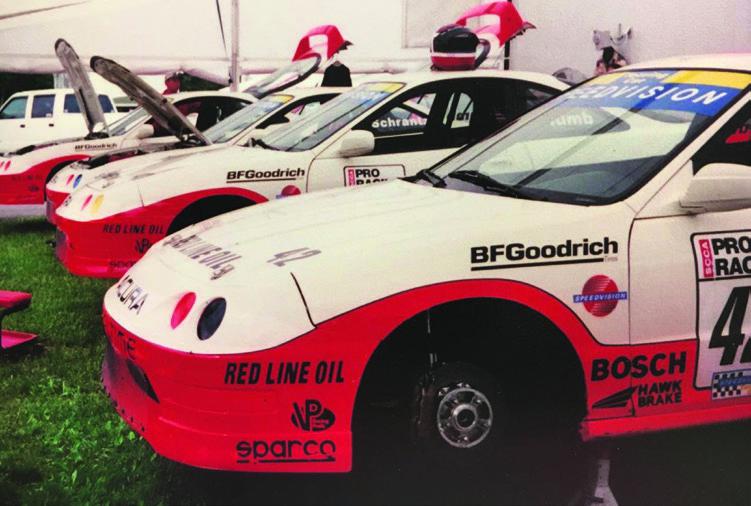 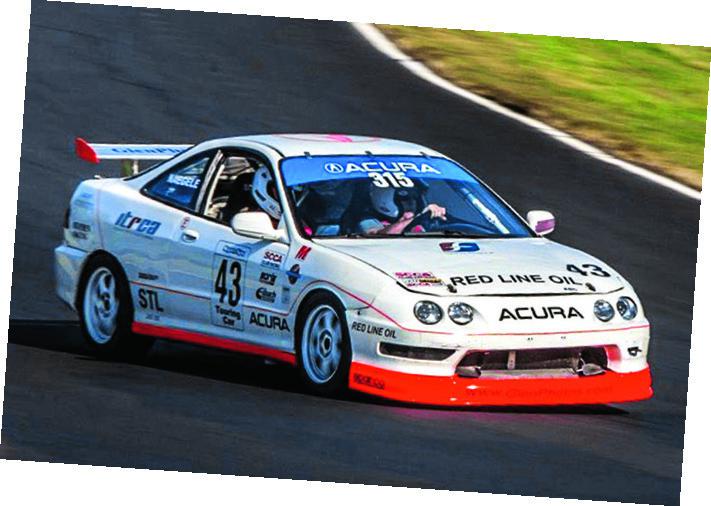 “But at some point, it occurred to us that maybe we shouldn’t be selling all of them. Maybe we should try to keep at least one example.”

So RealTime adopted its current practice: Try to retain an example of every race car, starting with the team’s first- and second-generation TSXs. The team established its RealTime Collection Hall to house the growing fleet of machines, and even started searching for the cars that got away. That’s where the Integra R came in. “We bought it from the fifth owner,” Cunningham explains. “So we were the first owner, and now we’re the sixth owner.”

R Is for Rode Hard

The car had an “interesting” life after it left RealTime’s stable, Cunningham notes, and it needed a complete overhaul: “We pretty much had to go down to bare metal. We replaced many of the parts–quarter panels, the rear valance, the rear floor, the frame rails, the cockpit floor, the doors, the fenders, the bumpers. We pretty much just went top to bottom and replicated it to what it looked like back in the day.” 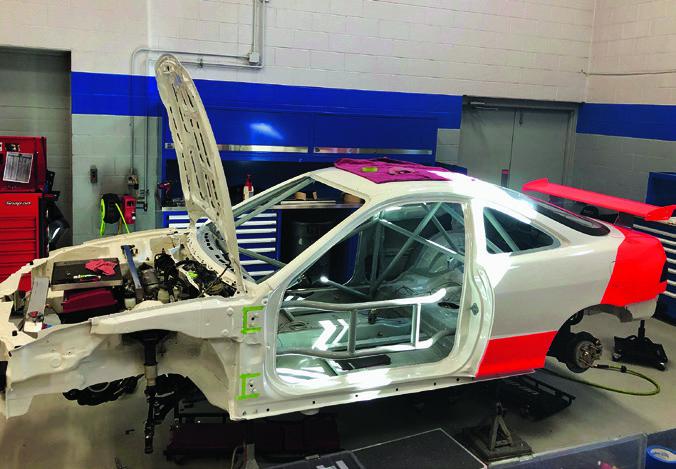 That included reapplying the car’s iconic paint scheme. “People, I think, like to see it,” Cunningham says.

Yes, they do. “There’s been a lot of buzz on social media,” he notes about the response to the car, “and a lot of fans have come up already this weekend, talking about how they remember this car. They remember Speedvision, and they remember how competitive the series was, and they do seem to like the Integra.” 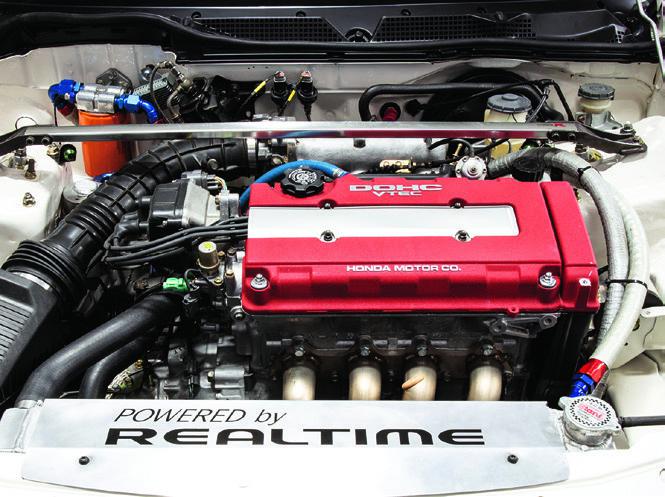 But is it still fun to drive?

“Sure, yeah,” Cunningham says, smiling. “You know, there’s no ABS. It has an H-pattern shifter and three pedals in it. It’s a very analog car. And it likes to rev to close to 9000 rpm. We’re just having a ball out here at Road America with it.”

So, will appearances at vintage events become commonplace for the RealTime Integra?

Probably not, Cunningham answers, at least not yet. First, he doesn’t know a lot about vintage racing or how the Integra might fit in, and second, at this point he doesn’t want to “burn it up” or turn it into a vintage workhorse.

“It was just finished a few months ago,” he explains, “and this is its maiden voyage. We’re not sure how often we’ll race it. I don’t know that this is necessarily something we’re going to do all the time, but it’s great to be at Road America and great to have it out there in front of this great crowd.” 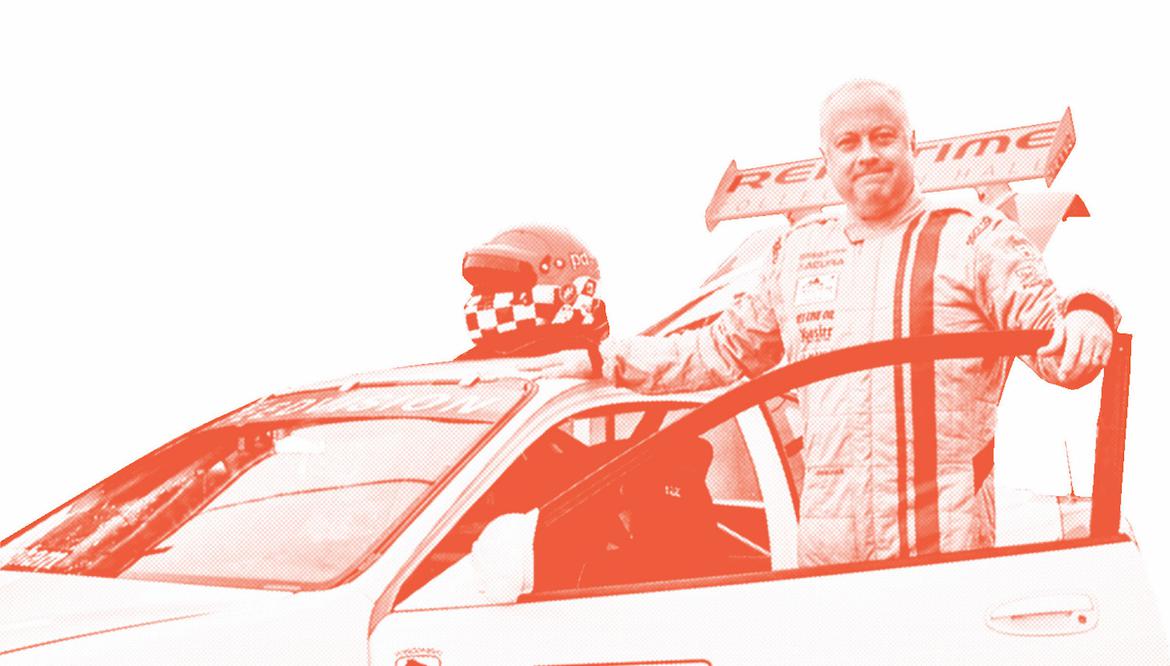 Please tell me they are taking this to Empire Hill Climb.

I feel like I saw this car race more than any other car at Road Atlanta. All the Speedvision series coverage was awesome. When I was in high school, I worked down the road at Lake Lanier Islands where Speedvision had a party after one of these races. My boss knew I was in to cars and pulled me off moving tables around to setup for a wedding and let me bar tend on their party boat at 17. I gave Dave Despain and  the crew red wine, made a few tips, and got to hang out with the crew on the party boat on a Friday night. I may have only made like $30 bucks but one of the most fun days I had at work maybe ever. So anyway that RED LINE OILS/ REALTIME livery is some of my favorite of all time because of all the nostalgia.

To me, that was the golden era of the series.  Awesome racing to watch.  Nice to see it getting some vintage love.