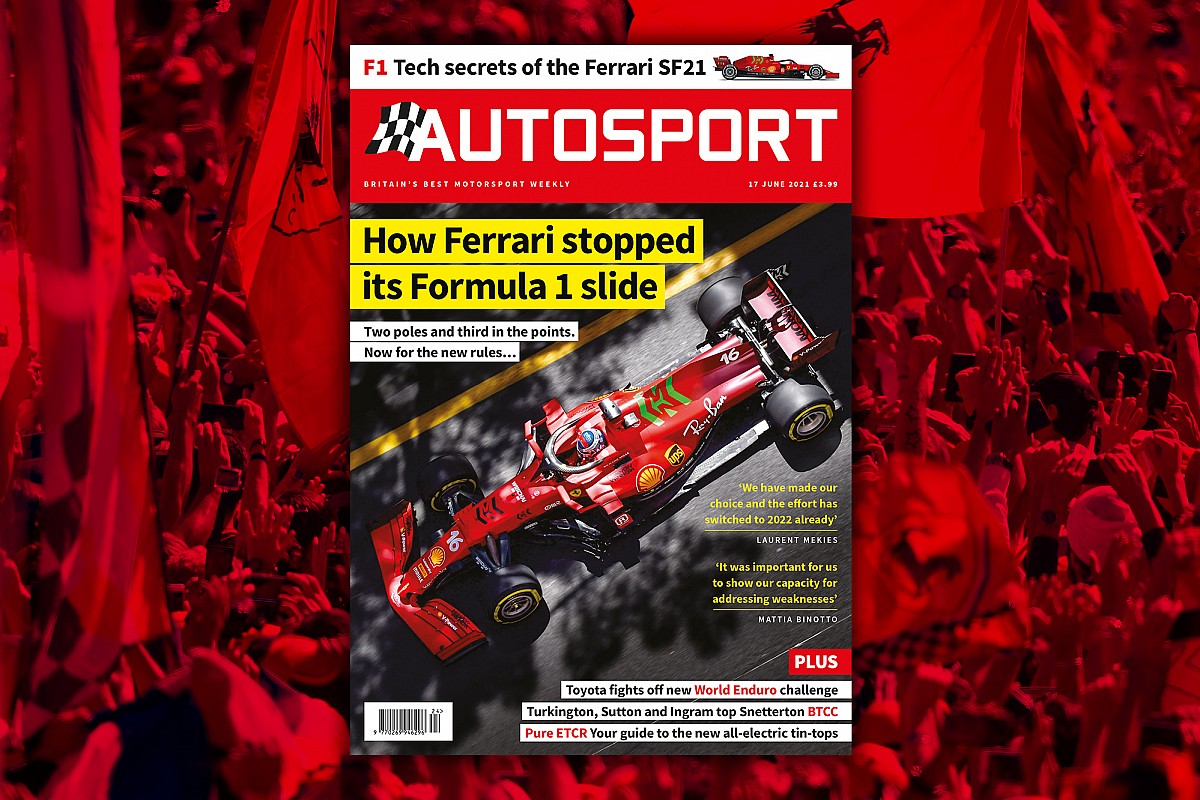 When Autosport assessed Ferrari’s chances of recovering from its dire 2020 in March, we suggested that solving its problems would be more challenging than identifying them. But the first races of 2021 have been more positive than most tifosi could have hoped.

As Mattia Binotto says in our cover article, it is probably fair to say that Charles Leclerc’s pole positions in Monaco and Baku flattered the team, but there’s no doubt that Ferrari is in a much better place than it was 12 months ago.

Leclerc and Carlos Sainz Jr are also proving to be one of the best line-ups on the grid and, if Ferrari really has switched its focus to making the most of the new rules for 2022, last year will soon just seem like a blip.

We take a look out how Ferrari has turned things around, while technical editor Jake Boxall-Legge picks out some of the SF21’s key areas.

Two new eras will kick off this weekend. The GT3-based DTM gets under way at Monza so we talk to Ferrari 488 racer Alex Albon about life away from F1, while the powerful machines of the Pure ETCR series will battle for the first time at Vallelunga. Marcus Simmons speaks to the key players and is your guide to the all-electric tin-tops.

There was plenty of touring car action in the BTCC at Snetterton as fans returned trackside and we bring you a full report of how Colin Turkington, Ash Sutton and Tom Ingram once again proved their class.

Toyota marked its 100th world sportscar start with a 1-2 in Portugal. Gary Watkins was at the Portimao 8 Hours to see the Alpine and Glickenhaus challenge to the World Endurance dominators fall short – and surprising winners in the LMP2 and GTE categories.

Last weekend was also a busy one for UK motorsport. Our 22-page National section includes news and coverage of the 10 big events, as well as an account of what happened when Autosport tried its hand in British Rallycross with a full-blown Supercar…

Want Autosport magazine delivered to your door each week? Subscribe today and never miss your weekly fix of motorsport.